I blog, anyone can “blog” if they can type. It’s basically online gasbagging. But every now and again I get to feel like a writer (something I loved so much as a kid). I write my own comics when times were tight and my mind was an open field of ideas. That is why seeing a young determined writer like this just makes you feel a little better than you did before you read the article.

When the Mexican poet Alberto Villarreal launched his channel “Opening Books” in 2012 to promote reading, he did not imagine that it would lead him to publish at an early age, discovering along the way the potential of digital platforms to give visibility and point the way to young writers. .

“When I started making videos, it was not in my plans to publish so soon, being so young, I did it just because I wanted to form a community of readers, so it was more to talk about books and not to promote the work of writing,” he told Efe Villarreal.

“I didn’t know you could be a young writer, I didn’t see young writers on television, or in the newspapers, or around me,” confesses Villarreal, born in Monterrey, Mexico, in 1994.

Villarreal, who has five books published with the Planeta publishing house, three of poetry, one of short stories and one novel, is participating in the 18th edition of the Panama International Book Fair (FIL) that opened its doors this Wednesday and will run until day 21 with the European Union (EU) as guest of honor.

At the FIL 2022 in Panama, Villarreal will hold the colloquium “From paper to digital platforms: let’s talk about youth literature”, and will also present his most recent collection of poems “Here there is no thirst” (2022, Planeta), which addresses the theme of death and romantic love.

The Mexican author began as a “booktuber” and reading promoter at the age of 18. His works have been published in more than 16 countries. He is working on a new novel that “will surely see the light of day next year.”

The “Opening Books” channel, which is supported by the YouTube platform, was one of the first channels in Spanish dealing with books, and at the time, when it started 10 years ago, there was not a community of Hispanic “booktubers” like exists today.

Villarreal, author of the romantic novel “Eight places that remind me of you” (Planeta, 2019) and the book of stories “Last night in the trenches” (Planeta, 2018), was one of the first to start this activity “as for this need to share readings, to connect with readers.”

The majority of the public is between 15 and 35 years old, although the content of the platform is not focused on young people, since the Mexican poet includes in his readings “a little of everything: poetry, fiction and non-fiction, novels, short stories, terror and romance” for people of “all ages.

He emphasizes that he did not think of something big, but to achieve the promotion of reading with a “quite considerable” community of booktubers in its beginnings and that now, he said, it begins to diminish because some are also generating content on Tiktok.

Villarreal believes in digital platforms as an “important base” to motivate reading and give visibility to young people who want to follow the path of being writers.

“Just on this Tiktok platform, many of the young creators started because of the pandemic because they had more free time or because they were annoyed about being locked up,” he said.

“We think it’s a path that you follow once you turn 50… well no, there are young writers out there who are writing because they like it, yes, and also because it has become their job and their career,” remarked the author of the poems “Everything we were” (Planeta, 2017) and “Everything you leave when you arrive and leave” (Planeta, 2020).

THE CONNECTION WITH THE READERS

The Mexican booktuber acknowledges that the fact of returning again to face-to-face fairs, such as FIL 2022 in Panama, “excites him a lot” because they give rise to meetings with people he does not usually see due to distances and because of the pandemic.

“During the pandemic I suffered a lot because I was used to connecting with my readers and knowing what they think of my content, of my books, of what I do, and that always helps to feel inspired and to get feedback, to know what works, what they like and what not,” he said.

After two years in a virtual and semi-virtual way, the FIL of Panama will be held for four days at the Megapolis Convention Center, in the capital, with the exhibition of publishing houses and various activities.

It will have the presence of writers such as the Mexicans Mariana Palova, Claudia Ramírez and Enrique Díaz Álvarez; the Chilean Cristian Alarcón; Panamanians Juan David Morgan, Miguel Esteban and Cheri Lewis, among others, according to the Panamanian Book Chamber. 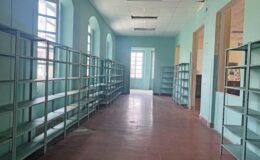 So what exactly happened to almost an entire library of books that wound up in landfill.

https://www-laestrella-com-pa.translate.goog/nacional/220926/libros-instituto-terminaron-vertedero?_x_tr_sl=es&_x_tr_tl=en&_x_tr_hl=en&_x_tr_pto=sc El Señor Presidente , the novel by the Guatemalan Nobel Prize winner for Literature (1967), Miguel Ángel Asturias, published in 1946. El Canal Barato by Federico Tuñón. 467 Lotería magazines serialized from 1941 to 2012. Common birthplace of Rogelio Sinán, from 1963. Nalu Nega , by the late Panamanian author Alfredo Cantón. Conversation in the Cathedral , third novel by the … 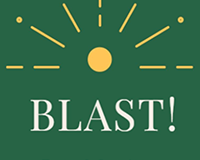 ASK JOYCE: SEPTEMBER: Getting Help and Coaching for Re-Location

OP ED by Joyce Barr: Contributor for PNO She Got Coached and Got Out! From my client Deloris Young, who has recently relocated to Panama with the assistance of BLAST!   So, if you want to get out, get coached! Hola!  Greetings Ladies! It was about two years ago that I …