“Hey Nito?”. One request,…..look to end UNHOLY ALLIANCE between Panama and CRIMINAL ODEBRECHT. 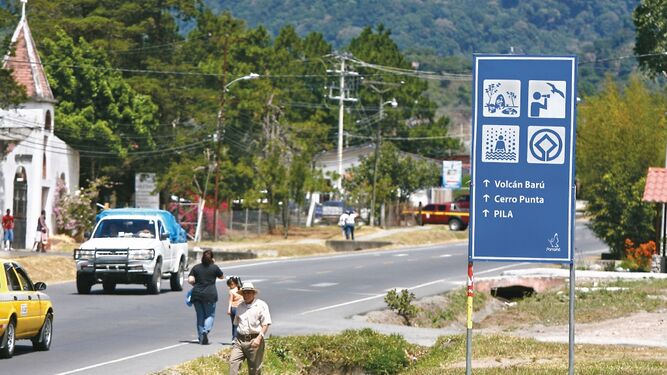 For the love of Holy GOD, I am hopeful that after the July 1st Inauguration of the new President, he makes the crippling and embarrassing dependence on the PROVEN CRIMINAL ENTERPRISE OF ODEBRECHT come to an END.

As Panama has continued to grow and expand into the rapidly developing country I have chosen to make my hope, so has the BILLIONS of DOLLARS in the coffers of ODEBRECHT from essentially being gifted EVERY MAJOR PROJECT they want.

They are shameless in their application of coercion, bribery, rackateering, steering, and manipulation of all manners of proper business. They are a leviathan of a company with the money to be able to litigate forever and essentially get away with it. Read below, (7) bids were presented yet it was easy to predict who would walk away with $87 Million.

I am hopeful that the President that PNO.com OPENLY and STRONGLY endorsed, shines a light in them and truly makes PANAMA “Open for Business”.

The contract, valued at 87 million dollars, attracted seven companies that submitted bids to the Ministry of Public Works. The work is rejected by residents, who claim that it will affect homes and businesses.

Brazilian construction firm Odebrecht does not deviate from its plan to continue obtaining state funds through infrastructure projects.

In addition to maintaining its hopes of expanding line 1 of the Panama Metro to the Villa Zaíta sector, the company is in the race to win a contract valued by the Ministry of Public Works (MOP) at $ 87 million.

The project consists of the study, design and construction of the road extension between the communities of La Concepción – Cuesta de Piedra – Volcán, in the province of Chiriquí.

inRead invented by Teads
According to the specifications, the project includes the construction of 11 vehicular bridges, 61 rural bus stop booths with their bays, and 4 pedestrian bridges.

Seeing that there are two offers cheaper than his, Odebrecht filed a complaint with the Directorate General of Public Procurement (DGCP) to get the competitors out of the play.

The company, whose parent company decided to file for bankruptcy last week, alleges that the company Bagatrac did not comply with the requirement of banking references requested in the specifications, while on MECO it argues that it did not comply with technical aspects regarding the damages it would cause. the play.

Under these indications, Odebrecht requests that the DGCP order a review of the proposals submitted for the evaluation committee to disqualify its main competitors, and in passing requests that its offer be reviewed again, in order to obtain a better rating.

The area that would be intervened has an extension of 66.2 kilometers, approximately.

In areas with steep slopes, the project includes the construction of a third lane, while in the town of Volcán the number of traffic lanes would be increased from two to four.

The intention of the MOP to extend the stretch that crosses the community of Volcán from two to four lanes is not to the liking of the residents of the area, who indicate that the construction will affect businesses and homes.

The complaint filed by Odebrecht is the third one admitted by the DGCP, and currently the public act is stopped while the agency decides if they have the necessary requirements to request a new evaluation.

The other two claims were filed by the company Bagatrac and Accidental Association C & C Volcano.