Hanging on by a thread!!! Martinelli back to Renacer. Condition “stable” my ASS. 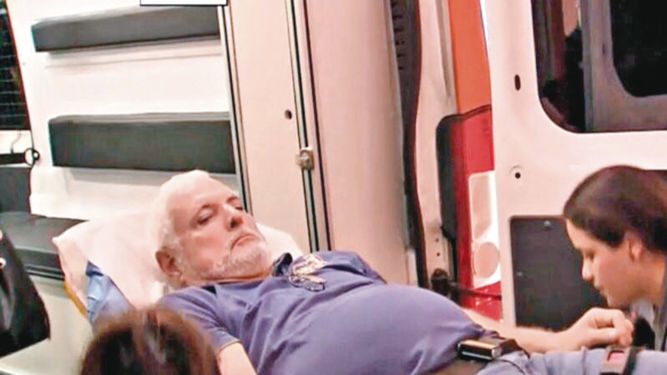 The ex-president Ricardo Martinelli was transferred the morning of this Tuesday to the prison El Renacer , from the Santo Tomás Hospital , where he was admitted a day before, after he presented a picture of vomit .

Penitentiary system ensures that Martinelli’s health is stable
Mejía concludes assessment of evidence; Martinelli hearing resumes on November 19
Earlier, the ex-president’s spokesman, Luis Eduardo Camacho , had said that Martinelli would undergo several evaluations and that he was even being held ” in the intensive [care] unit, in the coronary area .” His wife, former first lady Marta Linares de Martinelli , also said that the condition was delicate and even asked the presence of a priest to impose the holy oils. However, in a statement released by the Penitentiary System on the eve of his entry into Santo Tomás , it was indicated that Martinelli was “stable”, according to the medical staff of that entity and the paramedics of the Emergency Management System (SUME). 911) , who examined it.