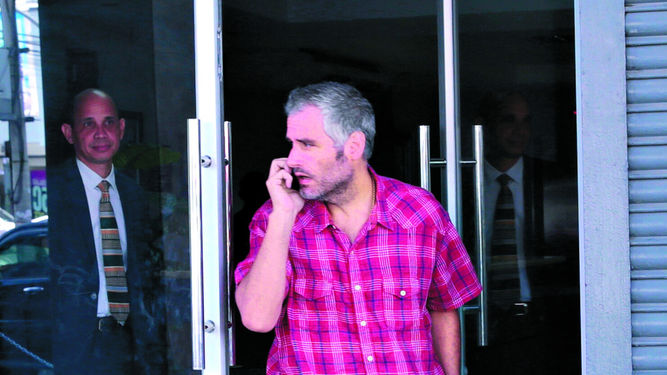 Nothing happened in the Palacio de las Garzas without his approval, and he himself was in charge of proclaiming it.

Demetrio Jimmy Papadimitriu was not satisfied with being the classic minister of the Presidency who is in the shadow of the ruler of the Republic signing decrees and coordinating the Cabinet Councils. No, this position was not up to the ambitious young man who arrived in San Felipe at the age of 42 with big animal steps, and who boasted of being the architect of the political campaign that led Ricardo Martinelli to victory.

Once the government of “the change” came to power, Papadimitriu was commissioned to design a ministry to suit him: ten secretaries, including the Cold Chain, Public Affairs, Economy, Social Affairs, Legal Affairs, and Security. He allied with Salomón Salo Shamah, then administrator of the Tourism Authority, to wrest the former Cadastre Directorate from the Ministry of Economy (then under the command of Alberto Vallarino ) and named it the National Land Administration Authority, another entity that would operate under the umbrella of the Executive.

He removed the Municipal Cleaning Bureau to the Municipality of Panama (management of Bosco Vallarino), and put him a National Toilet Authority , another unit that would become the Presidency. He managed budgets close to one billion dollars, and, as if that were not enough, he was in charge of the urban modernization project Metro Bus , which aimed to get the “red devils” out of the streets, after paying them a millionaire and questioned compensation to their owners.

But as he accumulated power, he began to pile up scandals. Without major mishap he managed to have his family named in his name 54 hectares in Juan Hombrón, a paradisiacal beach in the Pacific. Citizen pressure caused the lands to return to the State.

Before the turmoil of Juan Hombrón, decisions were made in his office that are now the subject of judicial investigations. For example, he led the project that involved the purchase of dehydrated food ($ 60 million) for children from poor schools in the country. The Public Prosecutor’s Office found that the purchase was made with surcharge, with rigged contracts and the quality of the food was questioned. Papadimitriu was never among those investigated in this case.