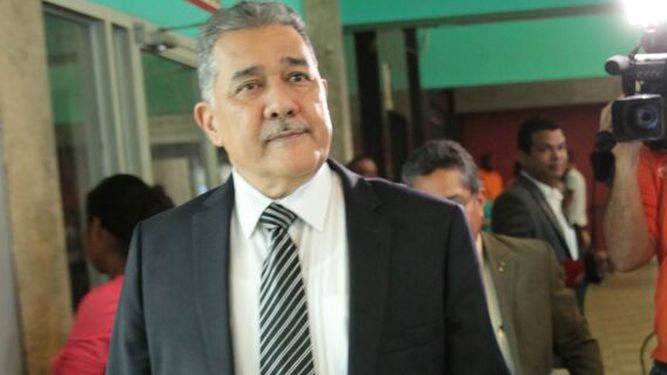 The former director of the Social Security Fund (CSS )  René Luciani , was presented this Monday April 16 at the compliance hearing held in the First Judicial Circuit of Panama , to resolve his request for commutation and termination of sentence.

+ info
René Luciani is notified to prosecutors of the hearing by diethylene glycol case
Court denies suspension of the sentence to René Luciani and orders his arrest
Luciani, who was convicted of the crime against public health, is in prison in El Renacer prison since last February, after the Court of Appeals denied the suspension of the punishment appealed by the Criminal Chamber of the Supreme Court of Justice .

The exdirector was sentenced to 18 months in prison -pena then adjusted to 16 months- for the poisoning of CSS patients with the toxic diethylene glycol , in 2006