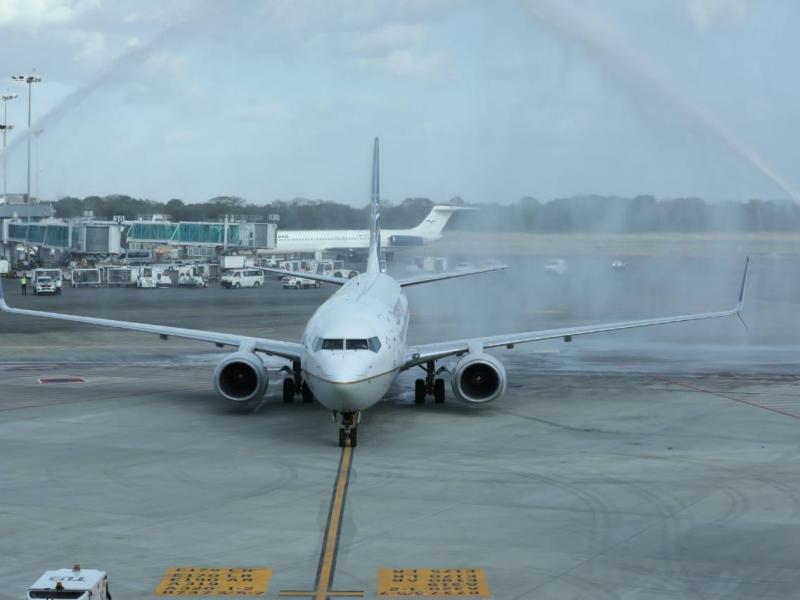 At approximately 4:44 p.m. arrived at Terminal 2 of Tocumen International Airport, the first commercial flight from Chile.

This Tuesday, January 21, Terminal 2 opened partially by enabling the five boarding doors to receive flights. It is expected that by the end of June 2019, it will be fully operational

The modern terminal will receive Pope Francis and the pilgrims during the World Youth Day.

This project is 97% complete and is in charge of the Odebrecht company. The expansion of the air terminal began in March 2013.

The structure of the New Terminal, interconnected with the existing Terminal (T1), forming a single airport complex and thus optimizing the operations of the Tocumen International Airport, consolidating Panama as the Hub of the Americas, strengthening the demand for new frequencies of flights, new airlines and thousands of passengers that will enter the country every day and will connect through Panama.