Everyday MORE on ODEBRECHT!!! When will Panama learn? 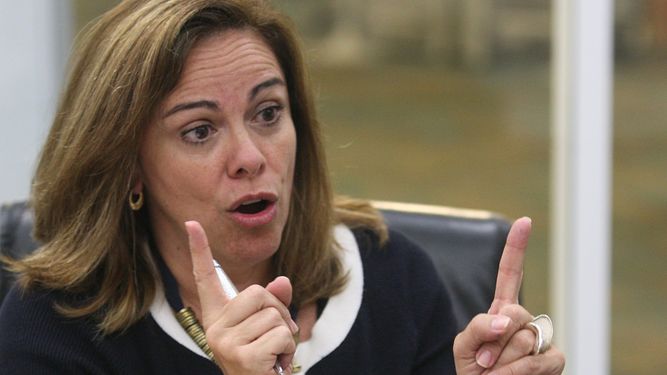 “What has happened with Odebrecht is the biggest case of corruption that we can remember,” said Mercedes De Freitas , executive director of Transparencia Venezuela, an organization founded in 2004 as the Venezuelan chapter of Transparency International .

He explained that despite the number of countries involved and politicians pointed out, the complexity of the system allows us to see that it has not yet been discovered what it really is. “And I do not say it just for Venezuela, where nothing has been investigated after the prosecutor Luisa Ortega Díaz and his team left, but throughout Latin America, in which there is still much to be made clear,” he said.

“For example, nothing happens in the Dominican Republic, despite the massive protests that civil society has been carrying out for months demanding that impunity be ended. Justice, however, seems to be heavily influenced by the Executive Branch. And as there is a long list of countries where you are trying to minimize the case, which seems very serious, “he added.

Where has progress been made in Odebrecht research?

The country that has advanced the most after Brazil is Peru. It has signs for money laundering against three former presidents: Alejandro Toledo, Pedro Pablo Kuczynski and Ollanta Humala. They are also investigating former President Alan García and former presidential candidate Keiko Fujimori. Today they have an unelected president, Martín Vizcarra, who remained in office for the departure of Kuczynski.

What is the most lagging country?

Venezuela is the one who lags behind because there is nothing open and nobody knows anything about it. In Venezuela it is closed and in the Dominican Republic they do not finish opening it. In Mozambique and Algeria there is not much movement of justice either. What is terrible is that the case serves to see in which countries there are independent and autonomous systems of administration of justice that worry about the impact of corruption and in which countries they do not.