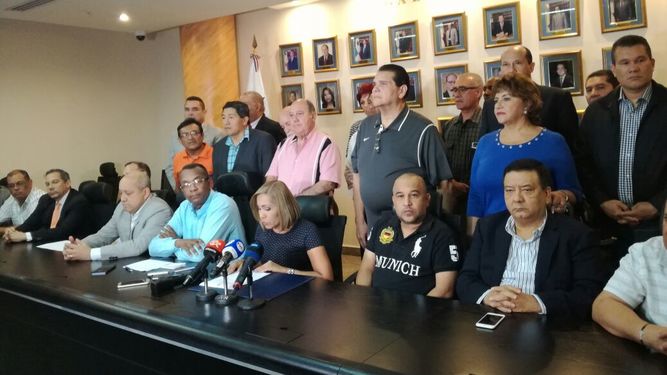 The General Comptroller of the Republic notified this Tuesday, May 15, the president of the National Assembly (AN) , Yanibel Ábrego , who will proceed to carry out a “forensic audit” to form 080 , which contains the contracts of the personnel that works for the deputies, and that since 2015 increased from $ 4 thousand to $ 30 thousand per month.

Freddy Pitti presents ‘habeas data’ against Federico Humbert
Comptroller will audit the 080 form of the deputies
On March 4, the comptroller Federico Humbert had ordered a “concomitant review of the expenses processes of said services”, and assigned a work team “specifically” for that purpose.

In the opinion of Ábrego, the Comptroller will make this forensic audit “without having informed us of the results of the concomitant audit, and without having allowed us the right to be discharged”.

At a press conference in the Assembly, Ábrego – who was accompanied by deputies from the Democratic Change (CD) and Democratic Revolutionary Party (PRD) caucuses – denounced that the Comptroller’s actions “border on overreaching of their functions and abuse of authority , which obstructs the normal functioning of this State Organ, violating existing constitutional and legal precepts. ”