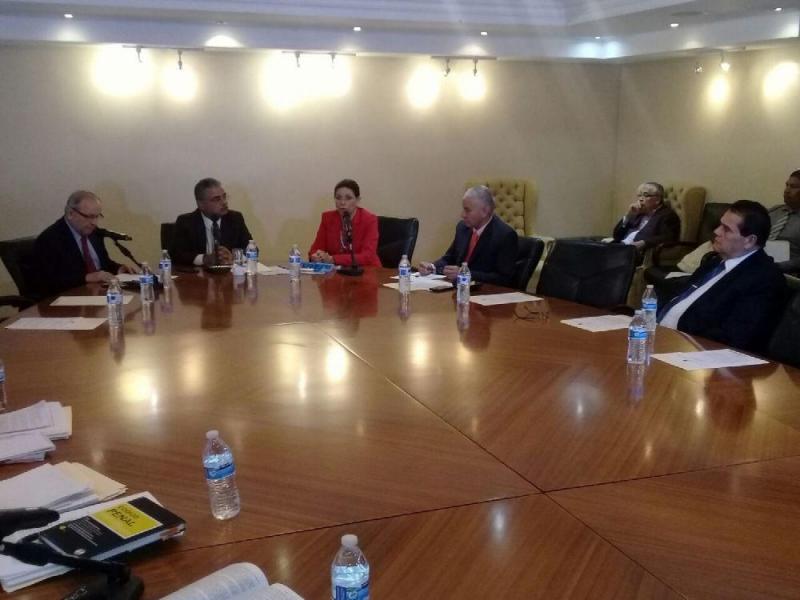 The Commission of Credentials, Regulation, Ethics and Judicial Affairs of the National Assembly yesterday filed three complaints, two of them filed against magistrates of the Supreme Court of Justice (CSJ) and one against the president of the Republic, Juan Carlos Varela.

The first criminal complaint filed was filed by Marco Antonio Manjarrez, the confessed murderer of Father Jorge Isacc Altafulla, against the judges of the Fourth Chamber of General Business of the CSJ, for the crimes of abuse of authority, overreaching of functions and omission of them.

Three denunciations against President Varela have already been filed

Two denunciations are filed against the president, for not fulfilling his campaign promises and for communicating intentions to merge the CSS with the Minsa.

A complaint was filed in which they demanded the dismissal of officials from ASEP, ENA and Etesa.

According to the team of lawyers of this legislative body, the complaint does not identify the magistrates to whom the complainant imputes these crimes, for which they recommended not admitting the file. The suggestion was received by the members of this commission.

The second report analyzed was the one presented by the Colombian José Nelson Urrego against magistrates Abel Augusto Zamorano, Harry Díaz and José Ayú Prado, who ruled -in a process that was followed against him and others- the extraordinary appeal of cassation . Urrego was sentenced in 2007 to ten years in prison for the commission of the crime of money laundering.

The technical secretariat of the Commission of Credentials recommended to the deputies of this instance not to admit this denunciation, since the article 163 numeral 2 of the Constitution prohibits the Assembly to interfere through a resolution in matters that are exclusive of other organs of the State . The deputies did not accept the complaint.