Water treatment intends to improve quality of rivers and beaches. 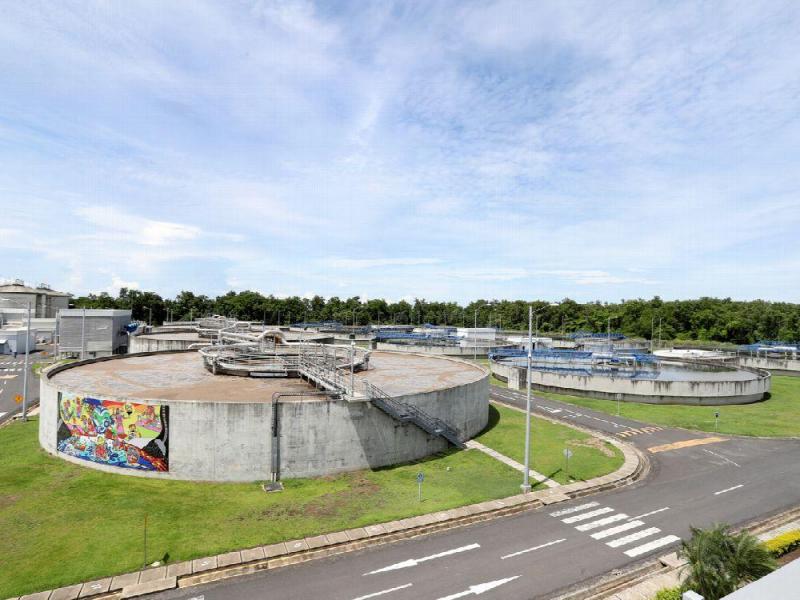 To recover the quality of the water of the rivers through the collection and the due treatment of the residual waters and to improve the sanitary conditions of the districts of Panama, San Miguelito, Arraiján and La Chorrera are some of the main objectives of the Sanitation program of Panama and the Suez company.

During a tour of the plant, located in the corregimiento of Juan Díaz, the coordinator of the program, Roberto de León, mentioned that the expansion project of the treatment plant has a 56% advance in its second phase. “Its scope includes the construction, operation, maintenance of the work, as well as the construction of an environmental education center,” said De León, adding that this work is made up of different structures under construction, such as: clarifiers, biological reactors, pre-treatments, chlorination and sludge treatment.

‘IN THIS PROJECT WE ARE INVESTING AROUND 120 MILLION.THE IDEA IS TO DOUBLE THE WASTEWATER TREATMENT CAPACITY ‘,

Among other practices, the implementation of the technology of ‘activated sludge’ is highlighted, which allows the degradation of organic matter, converting it mainly into biogas.

The coordinator ensures that Digelis Turbo technology will produce 50% of the volume of sludge in the water treatment process, which will optimize the digestion of sludge. “This will increase the production of reusable biogas, thus allowing to supply about 25% of the energy required by the plant for its operation,” he added.

‘In this project we are investing around 120 million. The idea is to double the capacity of wastewater treatment, which will translate into an improvement in the health, environment and quality of life of Panamanians, “he said. .

During the tour the engineer De Leon detailed the main problems that presented the existing sewerage networks, among them that the connections to the networks of rainwater caused discharges of wastewater to the pluvial system.

The lack of capacity of the pipes caused overflows and stagnation of wastewater in the traffic lanes.Likewise, there were direct discharges of sewage into the bay. “These problems were solved with the installation of more than three thousand meters of pipe of different diameters with microtunnel technology, additionally two tunnels of more than 1,600 meters in diameter were built to 14 meters deep,” said De Leon.

Since 2015, the sanitation works have been extended to Arraiján and La Chorrera, which will benefit more than 400,000 people, said De León.

While in San Miguelito are working the third stage of networks and collectors. ‘At this moment we have four projects in progress and they are almost finalizing, with an investment of $ 220 million,’ stressed De León.

Likewise, they are also working on a project in Paitilla and Punta Pacifica, and explains that the goal is to improve the central sewerage system and the area to collect all the wastewater that is dumped in the Bay of Panama.

“We currently have a company that conducts a study to see how we attack the wastewater problem in the Matasnillo and Curundú rivers. This will eliminate direct discharges to rivers, linking inoperative treatment plants, will separate the combined flows of wastewater and rainwater, within each of the health systems described above, which will be transformed into better sanitary conditions for all citizens who travel through these areas, “said the program coordinator.

However, a work of such magnitude can not advance if the population does not become aware.

The manager of the treatment plant and the company Suez, Paulina Chinga, calls for awareness to stop the dumping of garbage or waste in toilets, in rivers … because these waters flow into the collection networks and in the pumping stations in large quantities and could cause damage.

‘In the collector networks and pumping stations comes garbage, from refrigerators to mattresses, anyway … It is imprecise to say the quantity, since it is a very large and relative volume. Here in the plant we collect the finest; that is, what could not be retained in the pumping stations, such as condoms, sanitary napkins, toilet paper, “Chinga said, adding that these affect the process of controlling bacteria during the treatment of wastewater.