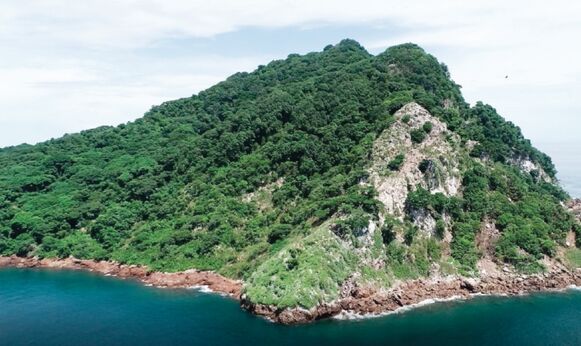 Faced with the new threat of converting Boná Island into an oil terminal, the capital’s vice-mayor, Raisa Banfield , and environmental groups asked the president, Juan Carlos Varela , to sign an executive decree that will protect it before the end of his term.

Isla Boná, again in danger of becoming an oil terminal
CENA recovers: it leaves without effect rent of island Boná
Civil society groups break into conference where company justifies project in Boná island
Isla Boná case: This is how the La Prensa investigation was made
This medium wanted to know the president’s position on this request, but avoided responding. The Secretary of State Communication reported that: “There is already a firm decision from the Executive. The president asked for a review and it was the decision of the CENA (National Economic Council) to revoke [the approval of the contract on April 26]. ”

President Varela asked for executive decree to save Boná island

The Deputy Mayor of the capital, Raisa Banfield, and environmental groups have asked President Juan Carlos Varela for an executive decree that prevents Boná Island from becoming an oil terminal.

The petition comes after the mayor of Taboga, Ramón Ramos, registered again in Panama. He bought the island’s lease contract five days after losing the general elections.

Banfield considered suspicious that the mayor of Taboga insists “in putting through the back door” the lease, a few days after leaving office.

“This insistence is not free. It must have some basic interest, “warned the deputy mayor.

The official considered that the Environment Minister, Emilio Sempris, should pronounce against the project that affects biodiversity on the island.

To this request was added the scientist of the Smithsonian Institute Hector Guzmán, as well as the Center for Environmental Advocacy (CIAM).

The new version of the lease for an oil terminal endangers Boná Island. Archive
Guzmán said that the only thing that could save the wildlife and marine life in Boná Island is that President Varela signs an executive decree before his government ends.

“What we need now is that the request for a decree that we presented a few days ago to President Varela will be reconsidered, especially when we know that after the adoption of the Assembly it is almost impossible for it to continue,” he stressed.

The same concern is shared by CIAM, said lawyer María Gabriella Dutari. He said that “it is important for the Government to comply with its own policies,” referring to the recently approved National Biodiversity Strategy and Action Plan.

He considered that the Executive Branch has the possibility of protecting Boná Island as it has done with the marine areas known as Banco Volcán (Caribbean) and the Cordillera de Coiba (Pacific).

Other voices that have joined the rejection of the oil terminal are the Panamanian Hotel Association and the National Chamber of Tourism, which request the Ministry of the Environment to declare the island a refuge for wildlife.

Meanwhile, environmental groups announced that they do not rule out demonstrating in front of the Comptroller’s Office to demand that the contract not be countersigned.

The environmentalist Hortencia Broce indicated that the effects on the island – which is part of the maritime corridor – are not quantifiable, so the authorities must take the necessary measures to prevent the contract from being maintained.

Broce indicated that, if necessary, the protests would be transferred to the National Economic Council, in the Ministry of Economy and Finance, “despite the fact that he has already rejected the contract” and the Public Procurement Directorate, so that “they know that this contract is illegal”.

For his part, Minister Sempris confirmed to this newspaper that no request has been received from the Municipality of Taboga or the Bona Pacific Corp. to review the environmental impact study for the oil terminal.