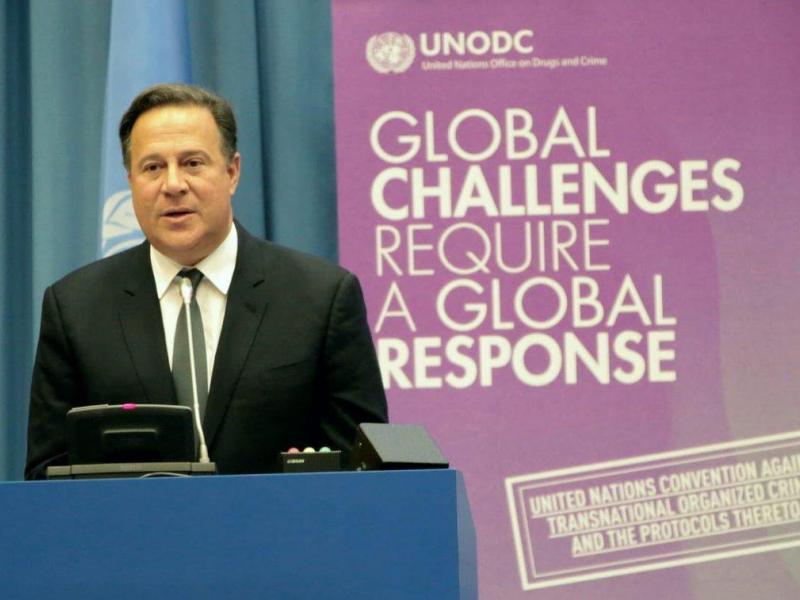 The president of Panama, Juan Carlos Varela, called today in Vienna at a meeting of the UN to greater international cooperation to address the “exponential” increase in the production of cocaine and other drugs in Latin America, and warned of the growing violence related with drug trafficking.

“I want to share with you my deep concern about the exponential increase in coca cultivation and the incursion of new synthetic drugs that are causing the death of thousands of young people in some countries,” declared Varela in the plenary session of the ninth session of the Convention of the United Nations against Transnational Organized Crime (UNTOC).

More than 800 representatives of government, civil society and crime experts meet in Vienna this week to discuss the fight against transnational organized crime.

“As a result of the thousands of hectares of coca crops that are still in production, a storm is coming for the international community,” the Panamanian president said.

“Not only will it bring an increase in the rates of violence related to drug trafficking, as we are already seeing in Latin America, but it could also become a public health epidemic, which will affect all countries in the world but mainly North America. “he added.