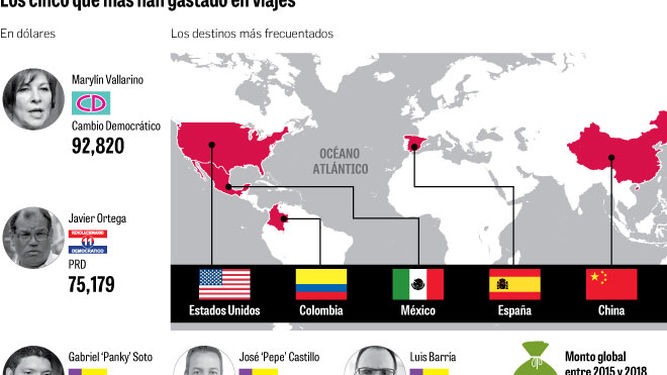 Travel abroad with tickets and per diem included is only one of the privileges of the National Assembly deputies .

From January 2015 to June 2018, the National Assembly has paid more than 2 million dollars in travel for deputies and other officials of that body.

They have attended meetings on gender equity, recycling, leadership, education and security, dairy congresses, among others.

However, the Legislature does not specify the benefits brought by these trainings for the production of laws.

The deputy that has used the most resources in this matter is Marylín Vallarino, of Cambio Democrático (CD), who was recently denounced by the comptroller Federico Humbert before the Supreme Court of Justice (CSJ) for irregularities in the 080 form.

This year, Vallarino has traveled three times, generating expenses of more than 24 thousand dollars, between tickets and per diem. His most recent destination was Vilna, Lithuania, a country that is located next to the Baltic Sea. The deputy attended the Women Political Leaders summit.