The bill is in on Varela’s Euro tour 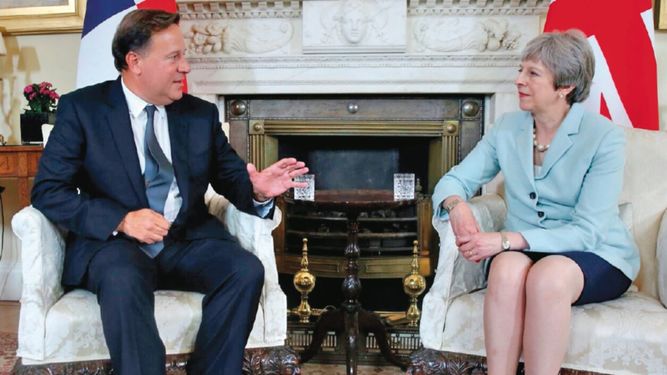 The administration of President Juan Carlos Varela disbursed at least $ 224,800 for air tickets and per diem of some officials and guests who traveled to the United Kingdom and Israel last May.

Official records of different entities show that the air tickets and travel expenses of President Juan Carlos Varela, the Vice President Isabel de Saint Malo de Alvarado , as well as the Minister of Economy and Finance, Dulcidio De La Guardia , cost, among all, $ 28,800 .

Meanwhile, the rest of the money, about $ 196 thousand, went to the per diem and passages of officials and guests.

For example, the ticket from Ana Mae Castillo , sister of the president’s wife and who serves as director of private assistance of the Office of the First Lady, cost $ 15 thousand 309, while the Alex Perez , chief of protocol of the Presidency, It was $ 8,133.

Israel was attended by three guests from Varela, entrepreneurs and merchants Alfonso Tarazi, Ramy Attie and Salomon Attie. They were only paid air tickets, which had a total cost of $ 11 thousand.

This official mission, which lasted eight days, was also attended by the Minister of Commerce and Industry, Augusto Arosemena; the administrator of the National Institute of Aqueducts and Sewers, Juan Felipe De La Iglesia; as well as the Minister of Agricultural Development, Eduardo Enrique Carles; and the secretary of the National Security Council, Rolando López.