Michael Cohen, the personal lawyer of the president of the United States, Donald Trump, must appear before the Court on Monday after the FBI seized recordings between the lawyer and two of the women who say they had an affair with the president, according to local media.

According to the news channel, during the search, the FBI agents would have found two recordings that could be of interest for the investigation. One between Cohen and Daniels, and another between the lawyer and Karen McDougal, a Playboy ex-model who also claims to have maintained a relationship with Trump.

According to both women, Trump offered them money to keep quiet about these relationships, which would have taken place when the now president was already married to the current first lady of the United States, Melania Trump. 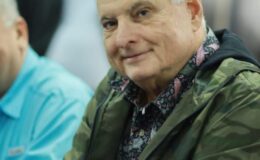