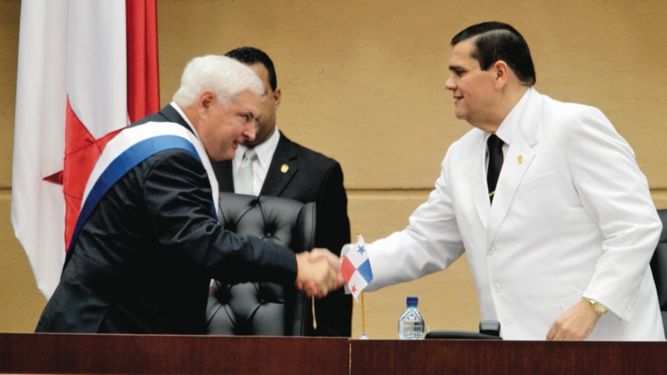 Say what you will of former President Ricardo Martinelli, but the guy has a set of balls on him. Whereas I am equally jaded into Panamanian politics as I was in my own country back in the states, I truly feel that the entirety of “Politics” is morally bankrupt as an institution and it is not relegated to one person.

I feel the current Varela administration ( one that was complicit in most if not ALL of the charges being levied against Martinelli ) is not above questioning and inquiry.

However, when asking many of the Panamanians I engage in discourse with, the popularity of Martinelli has remained intact. In fact, some may argue that it has increased.  As much can be verified by the fact that Martinelli is so aware of this that as he is facing serious charges against him in the punctures case, he continues to stoke the fires of his popularity with this Mayoral run. Say what you will PRO or CON, he is nothing if he is not cagey and aware of the power of the people that still view him as a successful president.

As Bill Clinton would most certainly be caught up in the “MeTOO” movement today in Washington due to his behavior, he remains IMMENSELY popular in the US. That is because most Americans recall his tenure with the nostalgia of the fact that their lives were better when he was there.

In Panama, most feel the same here.

The ex-president Ricardo Martinelli and the deputy Sergio Chello Gálvez , of the Democratic Change party (CD), will collect signatures starting next October 1 to seek the candidacy for the Mayor’s Office of Panama for the free application.

This was reported to the media by the spokesman of the ex-governor, Luis Eduardo Camacho.

Gálvez promised to get at least 10 thousand signatures for Martinelli in circuit 8-7, to which he belongs. To do so, he went to the Electoral Tribunal to present the required papers, in order to begin the application process.

According to Camacho, the former president relies on the support of residents of the capital district to get signatures, of which he needs “just under 9 thousand” to formalize his candidacy. “The political persecution that the president [Juan Carlos] Varela has done has victimized him [Martinelli],” Camacho said.