Martinelli enters 2019 with ever changing stable of Lawyers 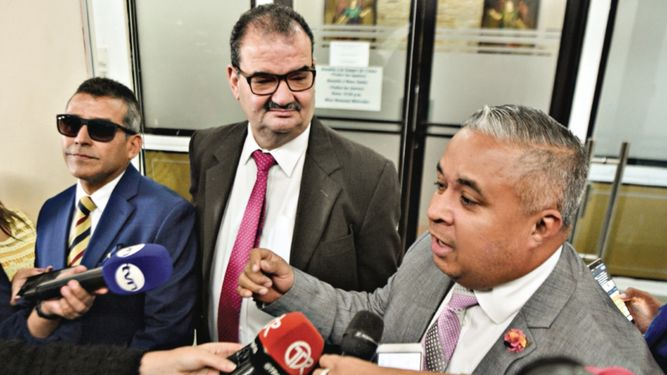 The team of lawyers of former President Ricardo Martinelli , imprisoned in El Renacer while being investigated for spying on communications from at least 150 people, has had several changes in recent months.

At least two young jurists have joined. This is Yessica Canto, who is in charge of procedures in the accusatory criminal system (SPA) and Sherley Castañeda, who helps Alejandro Pérez to put up complaints against journalists and members of civil society.

The coordinators of the team are Carlos Carrillo, Sidney Sittón and Roniel Ortiz, who have the help of the rest of their colleagues.

In all, Martinelli has at least 12 lawyers at his service.

Luis Eduardo Camacho González, son of Luis Eduardo Camacho, spokesman for the ex-ruler, also plays an important role in the team. Camacho Jr., before the plenary of the Supreme Court of Justice declined jurisdiction in the ordinary sphere, was in charge of filing appeals in the highest court of justice that objected to decisions taken in the process: guarantees of protection, habeas corpus, among others. .

Martinelli has also hired legal advisors for specific legal issues. The list includes two Colombian jurists and other national lawyers. The names are unknown, but a source from his team told this media that they are ex-prosecutors and judges.

The changes have also impacted former minister Alma Cortés, who went from being a coordinator to an auxiliary lawyer for those who file complaints and complaints.

While Guevara and Arboleda stopped being members of the group by decision of Martinelli himself. Guevara, according to what counted lawyers consulted, left after his performance in a hearing held last September in which he sustained a bail of release that was denied by the full Court.

While Arboleda had gone before. He did it last August, when the case was in the middle phase. Polo left to meet commitments with other clients and because his contract had expired.