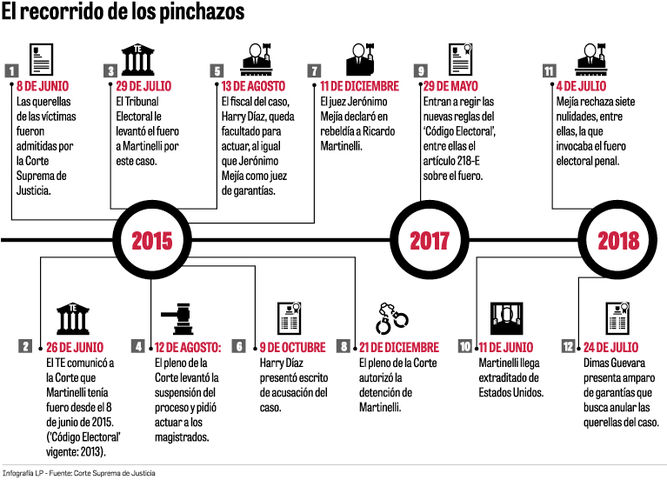 A safeguard of guarantees presented by the defense of Ricardo Martinelli seeks to annul the complaints filed by the victims of the process that is followed by the former president for allegedly spying on communications from at least 150 people.

The appeal was lodged by the lawyer Dimas Guevara , who argues that Martinelli had criminal electoral jurisdiction on June 8, 2015, when the Supreme Court of Justice admitted the complaints.

According to Rosendo Rivera , victim of the punctures, “disguising that it is an act dictated by the judge of guarantees [Jerónimo Mejía], they intend to annul a decision of the plenary session of the Court of June 8, 2015. First, that decision was three years ago and, second, the decisions of the Court are not attackable through amparos, “he argued.

Guevara seeks to dismiss Mejía’s decision on July 4, when he denied the exmandatario an appeal for annulment that sought to overthrow the process, invoking the 2015 jurisdiction.