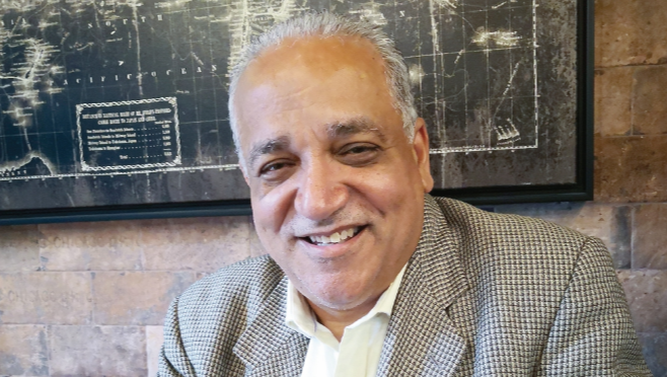 Today Luis Eduardo Camacho speaks, ‘the faithful friend’ of Ricardo Martinelli. Of the impugnation that it will present, of its loyalty, of its calm, the future of the party and more.

One reason why you would be better than Pancho Alemán.

I do not fight with my friend, but with the corporation that violates my right.

What did he want to be a deputy for? Did you cut the Ricardo Martinelli form?

No, I have a job. I wanted the National Assembly to be again what it should never have been: forum for discussion and solution of people’s problems.

Why would the Assembly be presentable with you again, if Martinelli -and you defended it- promoted the transfuguism that degenerated it?

It was not him … he may have asked them, but it was their decision.

I repeat Why would the Assembly be presentable with you again?

Because I defend what I believe is right and I face the incorrect.

What have you condemned Martinelli? Or does he never do anything wrong?

With the famous chorizo ​​law, I recommended not to introduce labor reforms.

What did the Christian Democracy lack in Cambio Democrático (CD)?

Organization and training, so that the reason for being is more than the choice.

Iron or residue. The problem is…

The iron is electoral corruption. But the basic problem is the Electoral Tribunal magistrates, who do not deserve our confidence.

And if they had let Martinelli run, would they deserve it?

No, that does not change my opinion.

Did that failure help Rómulo Roux or not?

No. It discouraged the Martinellists.

How much did your candidacy cost?

That’s a lot for an employee. Did the Martinelli family fund it?

No. I did not go to ask for anything.

The Martinelli family will support me.

Did not he have no real?

I said the family, not him.

Which law would you propose?

Some electoral reforms and an amnesty law for Martinelli. But with my vote they will not count to raise the retirement age or the quotas, because the problem there is corruption.

Would he get to legislate for Martinelli?

No, but the persecution against him has destroyed the country. To rebuild the country there are, among others, to make that law.

On your return, would you nominate by contest or people you trust?

That they work, but of confidence.

A young man without money arrives to bury his father: does he solve it or a deputy is not there for that?

I try to help.

Civil death Would you vote yes or no?

No. The punishment for life goes against human rights.

Against. It lends itself to permanent political persecution.

Was Roux the surprise of May 5?

I knew we were going to win.

Hello. They did not win …

I do not believe in that, especially when the difference does not exceed 2% [2.35%] and there are so many irregularities.

How is it explained that in Bocas y Colón, where there were deaths in the CD government, has Rómulo won?

Because no matter how hard they try to erase it, there is thanks to CD.

That, or the PRD did not do its job?

The dead were provoked by the disinformation of the PRD.

Who got 30%? The leadership of Roux or Martinelli?

How much did Luis Casís contribute?

Sympathies The important thing of the vice is not that it sume votes, but that it does not remain.

The Roux-Varela relationship, which Pedro Miguel González now alleges, was also mentioned by Martinelli at the time. What do you say?

I do not remember that … I do not believe. But some deputies who supported Rómulo did the order to [Juan Carlos] Varela.

What do you question Nito?

That has no charisma.

And how did he win?

The referee helped him and had a game hungry for power.

He got 33%. With a majority in the Assembly, it means that not all the deputies asked for a vote for him … And he insinuates fraud for the second time. So, why do not you challenge?

Because you have to look for evidence. But in the end it will always be Roux’s decision.

Is there only fraud when you lose, or how is the thing?

There is when it is shown …

A tip for Rómulo Roux.

That puts more emotion to things. Politics is lived with the heart and decides with the head.

The best minister of Varela.

Close competition among the rest.

What do you talk about with Martinelli when you visit him?

He is a friend … he is grateful.

If I did not pay him, would he be so faithful?

Yes. And two people have that very clear: Martinelli and Varela. I showed them both at the time.

Explain that to me

They made offers to me that I did not accept.

Who else is a faithful friend of him?

What do you think when you say servile?

I prefer to be loyal, whatever the qualifier may be. I would worry about being called a traitor. I do not seek applause from anyone.

What was your last job?

In La Estrella, I think.

His trick to keep calm.

I focus on what I want to say.

Marta Linares in a word.

What do you want your epitaph to say?

He lived being who he wanted to be.

Are you still in contact with Chichí de Obarrio and Salo Shamah?

Why have lawyers changed so much for the Martinelli case?

Each stage has its specialists. They have done an extraordinary job.

How, if they almost do not earn resources?

But they have gained time, and that is vital in a political process.

Your forecast for that case.

It must fall. But to repeat in 2024 the PRD has to destroy CD, so I could continue the persecution.

He says he is very sick, but several times we have seen him jumping. Are you sick or not?

He is sick, but not dead. He is very emotional and authentic.

Why is a heart patient prescribed viagra?

That has to be told by a doctor.

The story of the visits of the interns, is it or is it not true?

He is an intern. That was distorted by the sick minds that persecute him.

How did it go for him on the international tour he announced so much?

It was very short.

Yes? What countries did you visit?

It is that, for example, the United States is a friend of the post, not of the person. He met there, he was in Ireland …

And your opinion articles?

Did the 2024 campaign start and fight with Romulo?

No. It’s meaning, not fighting. He resents that he did not value what he could contribute. That they underestimated him

Is Romulus treacherous or not? Both things Martinelli said.

They agreed on some things that they did not tell us. I do not think he’s a traitor, but he was able to do certain things better.

Do not make many decisions based on your relationship with deputies.

I would not tell anyone not to compete …

Martinelli wrote that he does not think he will run in 2024. Do you believe him?

Realities change decisions … the river crosses when it is reached.