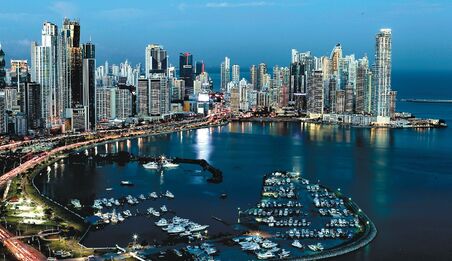 The overwhelming heat caused by the high temperatures of the dry season and an increase in customers increased the demand for energy to 1,801 megawatts (MW) on Monday, April 1 at 3:00 p.m.

ASEP differs with Etesa in fourth electric line
When the dry season began last January, the peak of energy demand was 1,665 megawatts. That is, in three months there has been an increase of 136 megawatts in the demand for electric power in the country.

In addition to the ignition of air conditioners by heat, there is also an increase in residential consumers, some commercial and customers with higher requirements, such as line 2 of the Panama Metro, which is already in trial period. Line 2 of the Metro, which must start commercial operation at the end of April, will demand between 20 and 25 megawatts. There are other megaprojects that are also about to start operations and are going to demand more electric power, such as terminal 2 of Tocumen, which is about to begin operations.

The authorities have indicated that there is enough installed capacity to meet the demand of one million 102 thousand customers who bill at the distribution companies, Edemet, ENSA and Edechi. The capacity installed by technology is currently 48%, between run-of-river hydroelectric plants and reservoirs; 30% of bunker or diesel, 10% with liquefied natural gas, 7% of wind farms and 5% of photovoltaics.

Industry representatives allege that new photovoltaic and wind generation plants should be promoted to take advantage of renewable energies.

Contrary to this, in recent years there has been a greater boost to generation plants with liquefied natural gas, which although they are cleaner than bunker and diesel, are of fossil origin. In total, three plants with natural gas totaling 1,491 megawatts are planned, of which one is in operation.