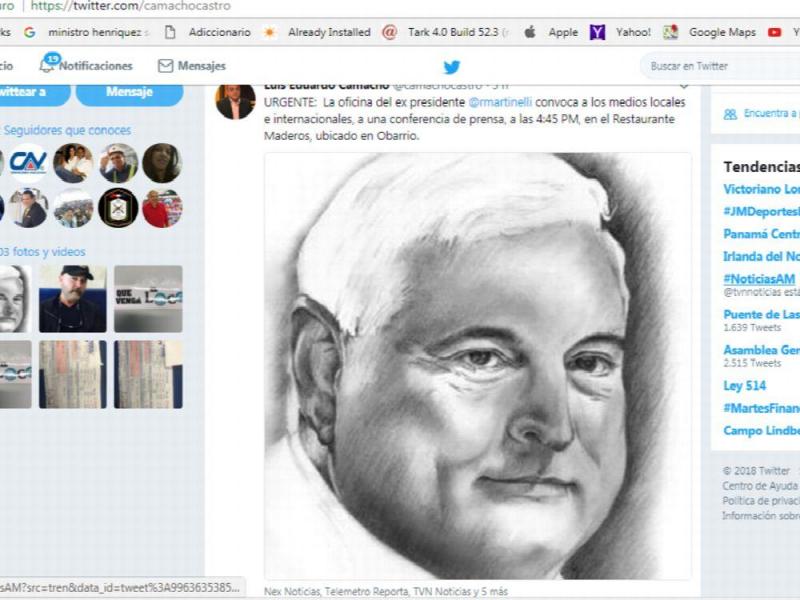 I find the story surrounding the possible return of President Martinelli quite fascinating. It plays out like a Shakespearean play right before your eyes. All of the vitriol and self righteous rhetoric coming from Varela, whom all know to be a shill of Martinelli for many, many years. This article will shed some light on what may transpire upon his return from exile in the U.S, and what the lawyers have planned for how everything will go down.

Former President Ricardo Martinelli seems to have made a decision regarding his situation in the extradition process that is followed.

At 27 days after serving a year in a federal prison in Miami, USA, the lawyers of the exmandatario analyze his possible voluntary return to Panama, thus desisting from the appeals filed before the Federal Court of Atlanta, among which was requested a review of the bond that Judge Marcia Cooke had granted on February 14 and that is subject to the decision of the judges of this Court.

To this is added a point that could complicate the political and judicial scenario of his case: the next electoral tournament, the primary Democratic Change Party and the situation of the Supreme Court of Justice.

The idea of ​​returning voluntarily to their land could be taken as a political calculation to a certain degree risky, taking into account that there is no rule that stipulates a definite time in which the US Department of State. make effective the delivery of a citizen requested in extradition.