Don’t think I just go after Varela. My dipshit Prez keeps pissing me off too. 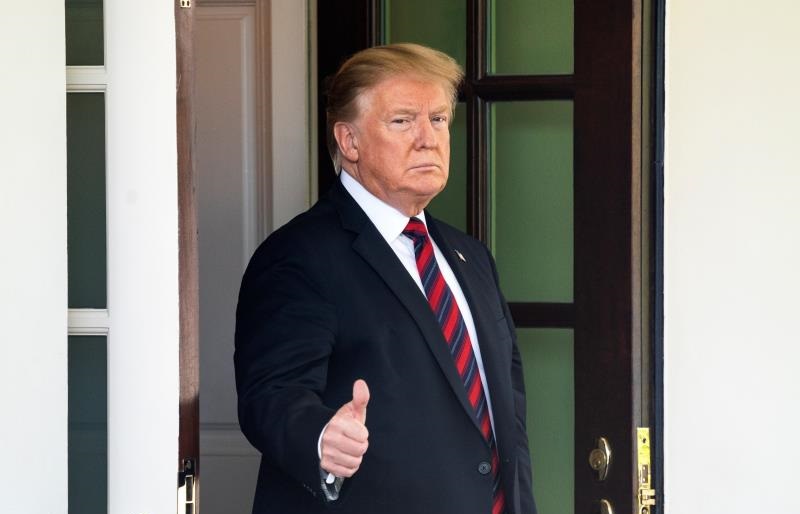 WASHINGTON (AP) — The Trump administration on Monday rolled out some of the broadest changes in decades to enforcement of the landmark Endangered Species Act, allowing the government to put an economic cost on saving a species and other changes critics contend could speed extinction for some struggling plants and animals.

“The best way to uphold the Endangered Species Act is to do everything we can to ensure it remains effective in achieving its ultimate goal_recovery of our rarest species,” he said. “An effectively administered Act ensures more resources can go where they will do the most good: on-the-ground conservation.”

The changes included allowing economic cost to taken into account as the federal government weighs protecting a struggling species, although Congress has stipulated that economic costs not be a factor in deciding whether to protect an animal. That prohibition is meant to ensure that the logging industry, for example, would not be able to push to block protections for a forest-dwelling animal on economic grounds.

Gary Frazer, an assistant director at the U.S. Fish and Wildlife Service, told reporters that the government would adhere to that by disclosing the costs to the public, without being a factor for the officials considering the protections.

Other changes include ending blanket protections for species newly listed as threatened and a revision that conservation groups say could block officials from considering the impact on wildlife from climate change, a major and growing threat to many species.

“Nothing in here in my view is a radical change for how we have been consulting and listing species for the last decade or so,” Frazer said. Instead, he said, it brings “more transparency and certainty to the public about the way we’ll carry out our job.”

The regulations” take a wrecking ball to one of our oldest and most effective environmental laws, the Endangered Species Act,” Sen. Tom Udall, a New Mexico Democrat, said in a statement. “As we have seen time and time again, no environmental protection – no matter how effective or popular – is safe from this administration.”

At least 10 attorneys general joined conservation groups in protesting an early draft of the changes, saying they put more wildlife at greater risk of extinction.

“This effort to gut protections for endangered and threatened species has the same two features of most Trump administration actions: it’s a gift to industry, and it’s illegal. We’ll see the Trump administration in court about it,” Drew Caputo, a vice president of litigation for the conservation advocacy group Earthjustice.

A United Nations report warned in May that more than 1 million plants and animals globally face extinction, some within decades, owning to human development, climate change and other threats. The report called the rate of species loss a record.

RELATED: Colombia actually beats the great USA, as even a country in as much tumult as they are view animals as “Sentient Beings”. IMAGINE THAT.

The Chucho bear, who was born in semi-tutoring 24 years ago in a natural reserve in the department of Nariño (border with Ecuador), is the center of a legal debate in Colombia because his case reached the Constitutional Court, which studies which animals They can be subjects of law.

The discussion and the decision of what will happen to Chucho, an Andean spectacled bear, will be the beacon to follow on the issue of animal rights in Colombia, where a man was already sentenced in 2017 to six months in prison for animal abuse and Theft qualified for stealing and eating cat meat.

In Colombia, which recognizes animals as “sentient beings”, the consumption of cat or horse meat is not penalized but animal abuse can be punished with three-year jail terms and heavy fines.

Last week at a public hearing of more than eight hours the Constitutional Court heard multiple and qualified voices from the country and abroad to illustrate and make a decision on the case of Chucho.

“In an act of judicial and democratic responsibility, the Court opened a space for a democratic dialogue to hear multiple voices in the face of a situation that transcends Chucho’s own case,” Colombian lawyer Luis Domingo Gómez Maldonado, a specialist in constitutional law and who assumed the bear case on their own.

The lawyer explained that the complaint of Chucho is just a reference because what is under discussion are “much deeper things that can benefit not only animals but Colombian society.”

Gomez explained that the case of Chucho began when the Court granted the animal a habeas corpus, a legal action that was created to order the freedom of human beings but ended up protecting the rights of the bear.

However, the Barranquilla Zoo, where the animal arrived a few years ago, filed a guardianship (amparo appeal) alleging that due process was violated.

Initially Chucho was in a reserve in the center of the developing country of a plan to repopulate that area of ​​Colombia with spectacled bears, but his partner died and from there he was sent to Barranquilla where he lives in captivity, like the other animals.

The lawyer Gómez said that what he is looking for is that Chucho be recognized as “animal personality and be declared the owner of his rights” so that he can return to his habitat or that spaces similar to his nature are adapted.

“It is mistakenly believed that what is requested is that Chucho and the other animals be recognized rights to the same extent and extent as human beings and that is a rational impossible,” he said.

For his part, the representative of the Botanical and Zoological Foundation of Barranquilla, Carlos Andrés Puccini, said at the court hearing that Chucho is in better condition than he had before.

“It has been shown that the reserve was in danger, even of death, and could not be cared for, ignoring the prohibition of animal abuse,” he said.

The biologist at the University of Magdalena and expert in Andean bears, Adriana Reyes, warned that the bear should not be lost sight of, that “it needs to be constantly taken care of, it has about five years of life.”

Another of the voices heard in the Court was Steven Wise, an American academic and director of the Nonhuman Rights Project (NRP), an organization that fights for the rights of “non-human animals” in the United States, who recalled that the discussion is not unique in Colombia and in India, Argentina and Brazil there have already been cases such as the one discussed in the country that favor animals.

The environment minister, Ricardo Lozano, assured that the Government will respect the decisions of the Court and that it is committed to policies to give more and better living conditions to the animals.

He also recalled that National Natural Parks of Colombia (PNNC) presented at the beginning of last year a campaign for the protection of the spectacled bear.

To the cascade of opinions was added that of the representative to the Chamber Juan Carlos Lozada, who affirmed that there is already legislation in the country in that matter.

With regard to animal and environmental protection, Colombia has taken steps in recognizing the Cauca, Combeima, Cocora, Coello and the Atrato rivers “as a subject of rights”.