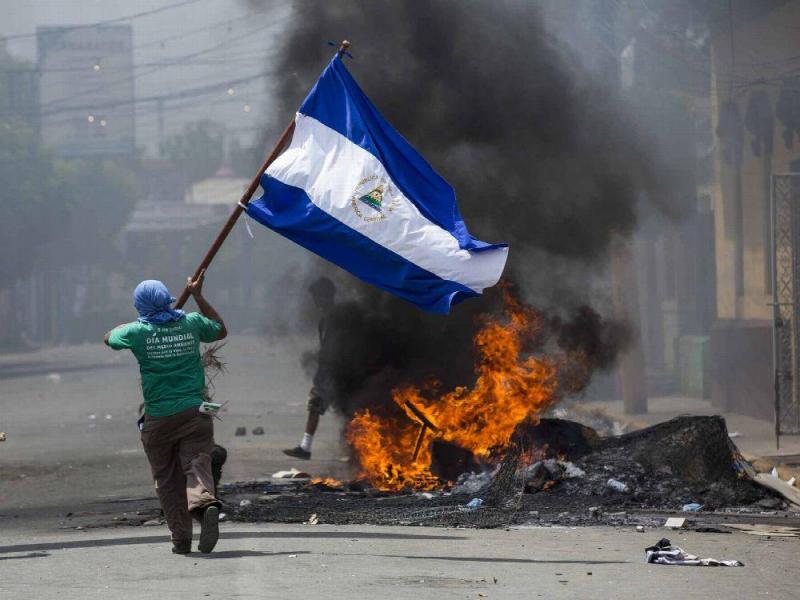 The city of Masaya, a little over 25 kilometers southeast of Managua, awoke in chaos and destruction after uninterrupted clashes between anti-riot agents and Sandinista mobs against the protesters.

On Sunday, Nicaragua celebrated 26 days of a crisis that has left at least 54 dead, caused by massive demonstrations in favor and against President Daniel Ortega, which began with protests against social security reforms and that continued due to the deadly victims of repressive acts, informs the agency Efe.

Activists from the Nicaraguan Center for Human Rights moved to Masaya to determine the number of deaths and injuries after the violent clashes.

Gonzalo Carrión, legal director of the institution, said they had managed to confirm a dead person and “more than a hundred injured.”

‘While President Ortega talks about dialogue, he maintains the order to kill. Theirs is dialogue killing, “said Carrión.

However, according to the Nicaraguan Red Cross there were at least two fatalities after the protests and more than 40 injured.