Back in US: Trump intent of sabre rattling show of Military force for JULY 4th. 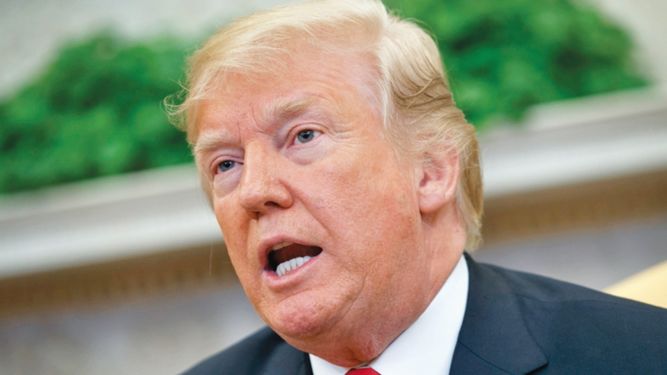 OP ED: James “JB” Bryson- Just saying, as noted in article, the United States is BY FAR the largest Military with largest arsenal on the planet. https://www.globalfirepower.com/countries-listing.asp . The practice of showing Military might has always been left to the countries and leaders that feel the need to shoe perceived power. Generally an inferiority complex. As in this new era of combat and conflict, the standard methods of battle are not limited to who has the most weapons.

Look back in even recent history and see what countries have had WEAPONS PARADES….(Russia, China, North Korea, etc). I guess my point as coming from a military family and upbringing, is that “we” the “United States” are above this act. Just MHO.

US President Donald Trump announced on Monday that he will take tanks to the streets of Washington for his mysterious July 4th Independence Day event.

Trump has been raising expectations for the event for weeks, which for what is known will take place on the steps of the famous monument to Abraham Lincoln, the same stage from which Martin Luther King pronounced his famous “I have a dream” (“I have a dream “) in 1963.

According to US media, Trump has been personally in charge of the production of the act, which will take place before the characteristic fireworks and in addition to tanks will also have combat aircraft and the presidential plane.

“We are going to have a great 4th of July in Washington, it will be like no other, it will be special, and I hope that many people will come, it will be about this country and it will be a greeting to the United States,” Trump told reporters at the Oval Office.

“You have to be very careful with the tanks because the streets have a tendency to not like heavy tanks, so we’re going to put them in certain areas, but we have the new Sherman tanks and we have the new Abram tanks,” he added.

Before the information of the presence of tanks in the streets, the Council of Washington rejected the possibility and remembered that the Pentagon dismissed that idea last year when it planned a military parade in the federal capital to minimize the damage to the infrastructure of the city.

Trump has insisted on celebrating some kind of military exhibition in Washington since he was amazed shortly after coming to power with the parade in Paris on July 14, Bastille Day, to which he invited the French president, Emmanuel Macron, in 2017.

The US president ordered the Pentagon to organize a parade in Washington on July 4, 2018, an idea that was later postponed to November 11, Veterans Day, and finally discarded when it was filtered that it would cost close to 100 million dollars. Dollars.

The United States has not organized a large-scale military parade since June 1991, after winning the first Gulf War and with George Bush as father in the White House.

On that occasion, 8,800 soldiers paraded through downtown Washington, attracting some 200,000 spectators, according to The Washington Post.

In fact, large-scale military parades in the United States are rare and reserved for post-war celebrations.

When the USA He withdrew his troops from Iraq in 2011, the Government of Barack Obama did not want to organize a parade because the war in Afghanistan was taking its course and there were American lives at risk.

Nor were there after the wars in Korea and Vietnam, since the United States did not win those scenarios.