All ears pinned back for the end of today…… 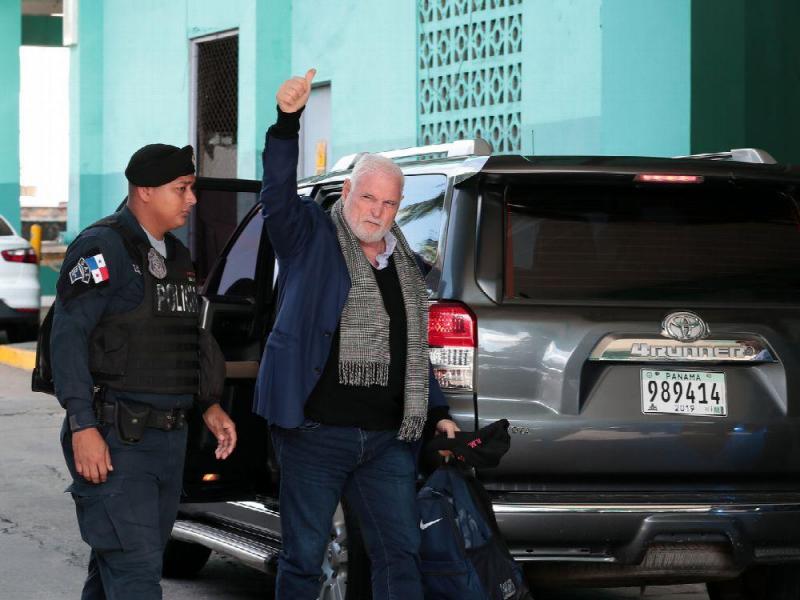 Today, former president Ricardo Martinelli will face his sentence. He will know if he is guilty or innocent of the four crimes accused by the Public Prosecutor: inviolability of secrecy and follow-up without judicial authorization, in addition to two crimes against public administration in the form of use and embezzlement.

The victims who were extracted information from their cell phones and emails, as well as those who were followed up, have waited almost five years to hear the opinion of the Court that since March heard the Prosecutor’s Office and the defense evacuate their tests.

The first supports a theory of the case in which he accuses the former governor of being the intellectual author of the aforementioned crimes, while the second asserts that everything is about an armed conspiracy by the government of President Juan Carlos Varela, which sought to sink his political rival manipulating the evidence presented at the trial.

Yesterday Judge Roberto Tejeira, president of the Trial Court, after having heard the allegations of the parties and the considerations of the victims and the accused, left his position seated. He recalled that from the first day he warned that this case would be resolved like the rest, that there would be no special considerations because it is a process in which a high profile figure is judged.

‘The judge does not provide evidence, we are not left with any documents. Enter what was oralized. It will be a duly motivated decision to resist scrutiny ‘, in case any of the parties is not satisfied with the result, Tejeira settled.

He reminded those present that in the new Accusatory Criminal System there is talk of reasonable doubt, elements that are part of the system. He heard the facts of the accusation and the law forces them to be taken as factual elements. About them is that it makes a scrutiny to know if they were tested or not, and how it was done. He also pointed out during the trial that the objections of each party would be assessed, and what would be assessed at the time of issuing a decision. The latter, in reference to the evidence that allowed the parties to introduce them to the trial to get an idea of ​​the context of the accusations. He also called for defense, in the sense that they had to develop a good defense for their client.

That said, he declared the court in permanent session to deliberate the sentence for 24 hours and summoned the parties at five in the afternoon to give its result.

“Whatever the decision, we ask the Court for respect, it may be a unanimous or majority decision,” said the judge.

The guilt or innocence under discussion puts the system on fire. A few moments before the session was closed, the victims begged the court to do justice, condemn the former governor. For the victims, who each was given 10 minutes to issue their considerations, the judges have the opportunity to make history in judicial matters with an exemplary conviction for a high-profile former official who violated a fundamental right of Every human being: the right to privacy.

On the other side of the coin, the defendant tells himself that he is the victim of a system in which he had no right to defend himself when expert tests were carried out, which they did not charge and instead accused.

Martinelli, who wore a blue jacket, said that everything is a conspiracy against him and that what is at stake is the country. He also asked the judge to give justice.

The hearing began at 10:00 am with the prosecutor’s allegations before a crowded room. The judge explained the guidelines and immediately gave the floor to the prosecution. Ricaurte González, a spokesman for the Public Ministry, explained, in a hilarious way, the facts that proved his theory of the case. It all started with a custom Executive Decree in 2010, he started, which reorganizes the Security Council and in which the president is responsible for what happens there.

He immediately recalled the famous interview that the ex-president offered to a television channel in which he said: ‘I have the dossier of everything and everyone’, as a sign of a confession on the part of the punctures.

He mentioned that 23 victims and 8 officials of the National Security Council (CSN) paraded that prove that it is not about words, but about facts.

Then he reported an incident. He said the prosecution team reflected when the judge told them that he was not understanding his theory of the case, he repeated this twice during the allegation. It was when the computer expert Luis Rivera Calles appeared, who caused the public prosecutor to stumble after declaring that the compact discs in which he kept the sensitive information of the victims had the seal broken, and that he was not responsible for the content.

A stumbling block that the prosecution tried to overcome when the victims recognized the information they were shown at the trial.

Judge Tejeira listened with all passivity to the allegation, as if he had already formulated an idea of ​​what he would later sentence together with Judges Arlene Caballero and Raúl Vergara. The man knows the arguments beforehand, he has taken note in hundreds of white pages that he keeps saved to consult at the moment of truth.

‘The protected witness already explained what was being done there, in building 150; Bethsaida Quintero said she committed an imprudence, but did not retract her statements; Julio Palacios, another former CSN official, agreed that it was rumored that illegal listening was made, the three witnesses working at the Internet provider explained how they installed the cables. All these people cannot agree to conspire against the defendant, as the defense alleges, ‘said the prosecutor.

It continued with the expertise of the two officials of the Comptroller, who stipulated that a team had been purchased that cost the State $ 13.8 million and of which there is no trace.

Then it was the turn of the complaint. Carlos Herrera Delegate mentioned that everything was a plan, that nothing was spontaneous, so the Executive Decree of the CSN was reformed. The next step, according to the complaint, was the purchase of increasingly sophisticated equipment to quench the thirst for information that the former governor had.

The MLM Protection was acquired by the Social Investment Fund through a contract in 2011. The second team, the Da Vinci, also did not work as expected, that’s why the Pegasus team of the NSO Group company was purchased, which allowed when spying appropriately take over the equipment with all its functions.

‘Witnesses Angel Colonel and Jesus Gonzalez described that they placed two antennas that looked at each other. The three intelligence officials pointed out how, in a consecutive way, the telephone numbers and emails of the victims, of those who knew their intimate life, extramarital relations and even their sexual orientation were intervened, that has no relation to the issues of the Council. the complainant

He immediately related the statements of the victims who appeared at the trial. The words of Jaime Cucalón, Mitchell Doens and Rolando López, former director of the 2014-2019 CSN. Of this last intervention, that of Lopez, the complainant cited the words that on July 4, 2014, the accused told the intelligence chief: ‘Stop asking about the equipment, they are at the bottom of the sea, I have muscle and ticket, stop asking, ‘Lopez said in the previous hearing.

The defense then took the floor and divided the allegation into several parts. He resorted to certain facts in sauteed form. The lawyer Carlos Carillo referred to the work of the computer expert of the Institute of Legal Medicine Luis Rivera Calles, who said he did not guarantee the integrity and sameness of any technological device or test.

The defense said that regarding the support paper that contained the information extracted from the email ‘brad.pty507@gmail.com’, the expert indicated that when he was taken for inspection he could not attest that the email had not been manipulated or modified before he could enter the email with the access password.

On the other hand, the defense emphasized the statements of Rivera Calles, which initially was an expert from the prosecution, that all the expertise should have been carried out through expertise. That he warned the prosecutor, however he responded at the time: ‘Riverita, do only what you are asked’.

With respect to the protected witness, Martinelli’s lawyers focused on discrediting his testimony for the inconsistencies his story presented compared to that of the former secretary of the National Security Council Rolando López.

The victims took the floor. They requested the maximum penalty for Martinelli, 21 years in prison. The entrepreneur Aurelio Barría, the leader of the Balbina Herrera Democratic Revolutionary Party, his co-supporters Mitchell Doens and Reynaldo Rivera, as well as Rosendo Rivera, an ex-lawyer from Martinelli;the journalist Rubén Polanco and Guido Rodríguez stressed that their privacy was violated, and that the information that was extracted from their emails or their cell phones was disseminated in social networks or in the media.

Martinelli also addressed the court. He never declared under oath during the process. This time, he expressed the due process violations of which he said he was a victim. He pleaded not guilty to the accusations and asked the court, as his lawyer had done at the beginning of the allegation, to lift the precautionary measures that weigh on him. He said he was not interested in participating in politics in the future, and that he had never used state resources in anything illegal.