Zulay fires up more rhetoric about her party before the primaries 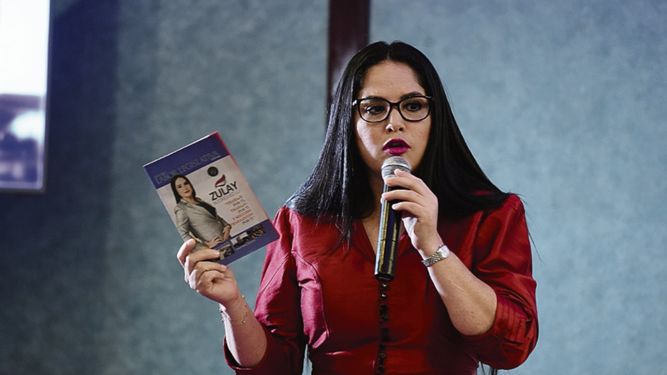 During the presentation of her government plan, the presidential candidate of the Democratic Revolutionary Party (PRD) Zulay Rodríguez identified the one she considers the “anointed one” of the PRD leadership heading for the primary elections on September 16.

Pérez Balladares, against re-election of deputies
Political campaign in the PRD enters the final straight
Payrolls, the dark veil of the National Assembly
It is also the presidential candidate Laurentino Nito Cortizo , who according to Rodriguez is the “favorite” of the party president, Benicio Robinson, and the other deputies of the bench, in particular the former president of the Assembly Rubén De León.

In reference to Robinson, she pointed out that he is someone who “knows how to accommodate”, and Cortizo considers him “manageable”, which, according to her, is the favorite of the party leadership.

Rolando Mirones, on behalf of the Cortizo campaign, declared to this media that “the anointed ones sit down to wait” and argued that it is the opposite of what they have done. He assured that the campaign of Cortizo is “of bases”. In addition, he stressed that with the leadership of a party they do not win a primary election, and they commit that, if they win, they will call the unity of the candidates, because they need everyone to win in the elections of May 5, 2019.