Year starts with clash between Humbert and Payroll of National Assembly 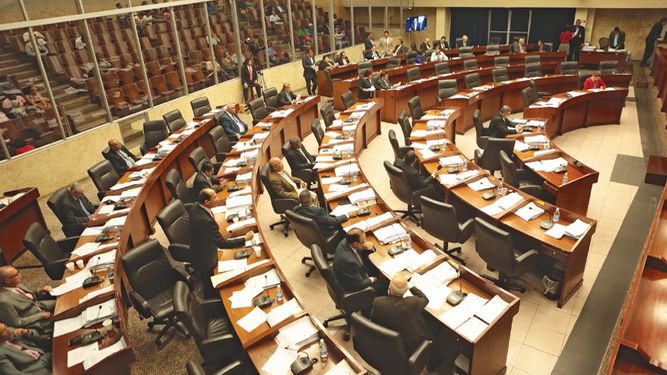 The year 2019 started with a new clash between the Comptroller’s Office and the National Assembly.

Assembly concludes extraordinary sessions without ratification of judges
General Comptroller suspends payment of payroll 002
The comptroller, Federico Humbert , annulled more than 500 checks corresponding to the salaries of officials who work for about 18 deputies of different groups, as a result of which they were not working.

The fact outraged the deputies that at that moment were in the plenary, and, consequently, they suspended their first session. At that time they were discussing Bill 591, which criminalizes tax evasion.

The Democratic Change deputy Dana Castañeda asked the president of the Assembly, Yanibel Ábrego , as well as removed the staff of the Institutional Protection Service of the Legislative on Wednesday, January 2, to assert that body of the State. “There are no bottles, but humble people who are now affected,” he complained.

In the speech he delivered during the installation of the last legislative period, Ábrego sent a message to Humbert. “We have seen for the first time a Comptroller’s Office playing a role of investigator of crimes, when their functions are framed in strict right to guarantee the proper use of State resources …”.