World Cup allows Varela to get cozy with Putin 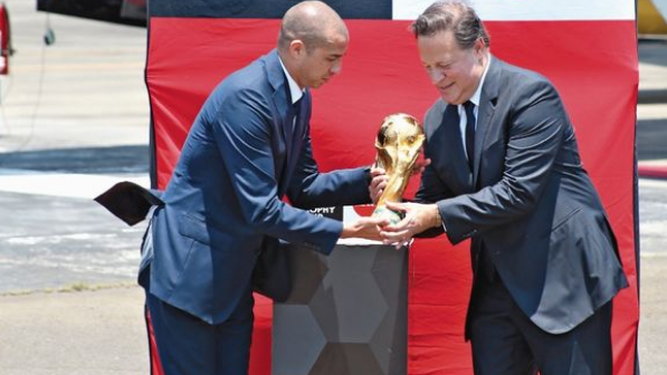 The Foreign Ministry of the Republic clarifies that the next trip of President Juan Carlos Varela to Russia includes a meeting with the President of that country Vladimir Putin , in Moscow , and a “business meeting” to promote investment.

Counters $ 100 thousand for Varela’s tour to the World Cup in Russia
Therefore, Varela will do something more in Russia than attend the opening ceremony of the World Cup , which – the Foreign Ministry reiterates – was invited by the president of Fifa, Gianni Infantini . He will also attend the first match of the National Team, which will be on June 18, in Sochi , Russia, against Belgium.

For this trip, the Comptroller General has already endorsed $ 100 thousand for the Embassy of Panama in Russia to cover the expenses of the Varela tour, which will run until June 20. This transfer does not reflect the total cost of the trip.

The Foreign Ministry also informed that it is preparing to provide assistance “to the thousands of Panamanian fans” that go to the World Cup.

“Thus, in addition to strengthening the embassy and consulate of Panama, in Moscow, mobile consulates will be set up in the cities in which Panama will play in the first stage of the World Cup,” says a press release from the Foreign Ministry. The matches of the National Team are scheduled in Sochi, Nizhny and Saransk .