US advising Venezuela military to support Guaido or “lose everything” as rhetoric rises. 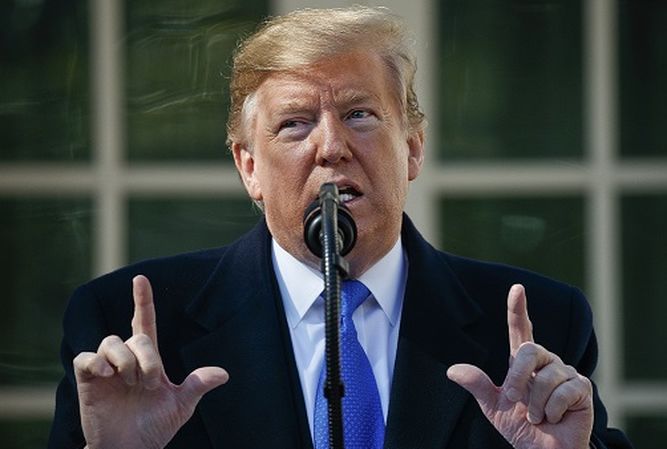 US President Donald Trump on Monday encouraged the Venezuelan military to accept the amnesty offered by opposition leader Juan Guaidó and break ranks with President Nicolás Maduro , or else “they will lose everything.”

“They can choose between accepting the generous offer of amnesty from the president in charge of Guaidó and living their life in peace with their families and their compatriots,” Trump told 300 Venezuelans in Miami, referring to the military.

“Or they can choose the second way: to continue supporting Maduro, if they choose this path they will not find a refuge, there will not be an easy way out, they will lose everything,” he warned.

He also said that “the days of socialism and communism are numbered” in Venezuela, Cuba and Nicaragua.

“One day we will see what people will do in Caracas, Managua and Havana, and when Venezuela is free, Cuba is free and Nicaragua is free, we will be the first free hemisphere in human history,” he added.

The Venezuelan government responded by denouncing that “the threats” of the US president extended to the “sister countries.”

Referring in particular to Trump’s call to the Venezuelan military, Maduro replied: “Donald Trump believes in the power to give orders and that the Bolivarian National Armed Forces will carry out his orders.”

“Donald Trump, the head of the empire, we are going to respond with morality, with truth, with union, underestimate a whole country,” he said in a government speech broadcast on TV.