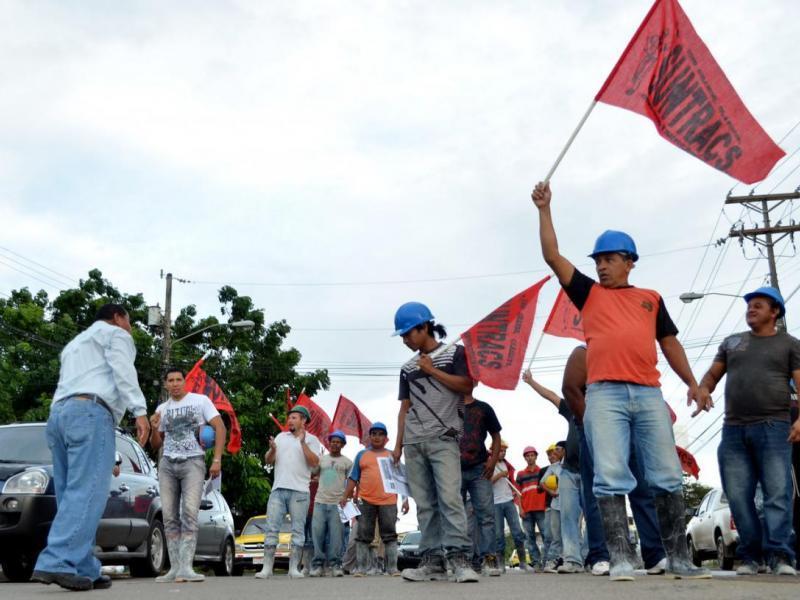 The Panamanian Chamber of Construction (Capac) and the Single Union of Construction and Similar Workers (Suntracs) sought to reach an agreement last night. However, at the close of this note (7:00 pm) they were still negotiating.

Suntracs leader Luis Gonzalez said in the afternoon that there might be ‘white smoke’ in the negotiations.

At the negotiating table convened by the Ministry of Labor and Work Development (Mitradel) in the morning hours there was no agreement, but the top leadership of both unions decided to sit at the table in the afternoon, in order to reach it.

This meeting was held without the presence of Mitradel, who has been the mediator of the conflict, and tomorrow will be a month of paralysis in the construction sector.

Last night it was known that Suntracs had lowered its salary proposal to 6%. The last public proposal of the Capac was 3% per year, which was presented last Tuesday, after the Suntracs decided, in a general assembly, to continue the strike until the new collective agreement was signed.