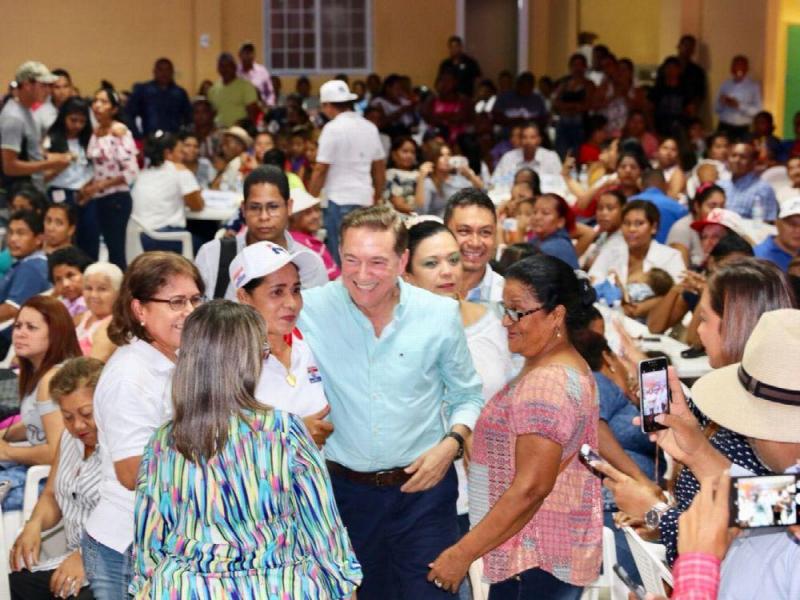 The political leader Laurentino Cortizo, candidate to be the presidential candidate for the Democratic Revolutionary Party (PRD), said yesterday that “corruption and impunity increased with Martinelli and consolidated with Varela.”

In the presence of more than 1,200 members of the PRD, among leaders, delegates and pre-candidates of Chame and San Carlos, Cortizo said that President Juan Carlos Varela ‘is absent from his government, lost his way, does not lead and the only thing he has clear they are his personal priorities, which do not coincide with those of the country. ‘

Meeting with leaders and delegates the PRD.

6% according to Cortizo, the country’s economy has not grown in recent years and Panama has a high unemployment rate, which is already above this percentage, and serious security problems.

48 months of media ‘shows’ have taken place in the government of Varela.

He pointed out that proof of this are the serious problems of stagnation facing the Government with its flagship projects, such as the fourth bridge over the Canal and line 3 of the Metro, which, he assures, promised to start from last January.

He added that the same thing happens with the Corredor de las Playas and with a lot of projects nationwide. “Varela governs with short lights, without having clear long lights, those of a statesman that Panama so needs,” added the politician.

He also stated that justice only works for the poor, for those who have neither resources nor influences, while others enjoy a judicial system that does not work, ‘since they have spent four years in media shows and few firm failures. in high profile cases’.