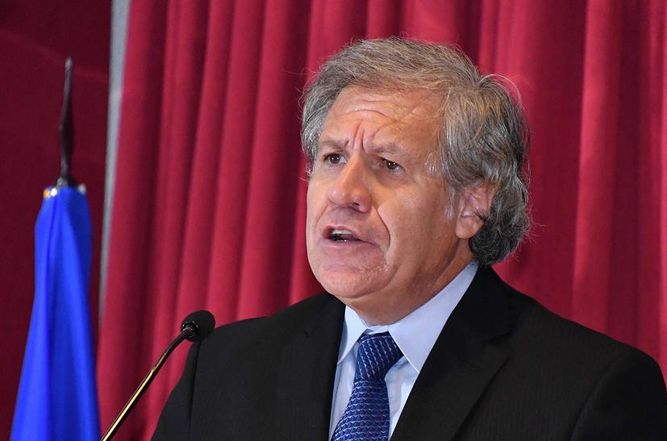 Nicaragua needs to go to elections to stop violence, repression and “re-democratization”, after four months of protests calling for the departure of President Daniel Ortega , OAS Secretary General Luis Almagro warned in an interview on Sunday, August 19 in Santiago.

Thousands of Nicaraguans demand departure from Ortega, after 4 months of protest
OAS working group concerned about the selective persecution in Nicaragua
NGO reports more than 60 journalists threatened in Nicaragua
Almagro also referred to Venezuela and reiterated that international pressure must be maintained so that the Caribbean country will emerge from the deep political, economic and social crisis in which it is immersed.

“Nicaragua needs elections, needs to be reinstitutionalized, redemocratized, Nicaragua is today a victim of violence, repression and assassinations, whose consequences have been absolutely disastrous for the country,” Almagro told El Mercurio newspaper.

The secretary of the Organization of American States (OAS) stressed that his organization supports “dialogue, it is a question of political will and we will continue insisting on returning to dialogue through all possible means,” he added.

The OAS created in August a special group of 12 countries to address the crisis in Nicaragua, including the United States, Canada, Argentina, Brazil and Chile , but the Nicaraguan government and parliament closed ranks to condemn and reject the group’s performance.