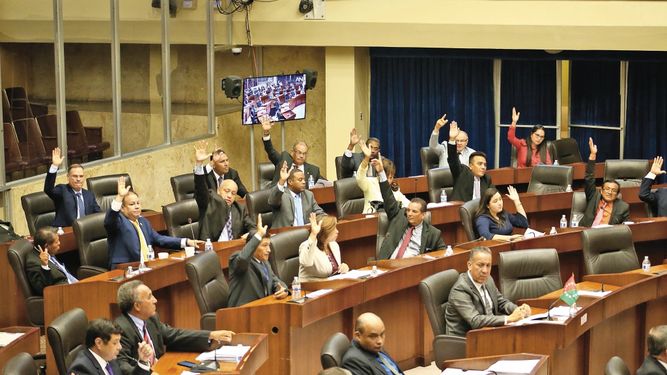 The wave of criticism for lack of transparency, the inclusion of a “goal” at the last minute and the emergence of a new political alliance that, for the first time in this quinquennium, changed the correlation of forces in the  National Assembly were some of the facts that marked the final stretch of the ordinary sessions of the Legislative Body , which culminate today, Monday, April 30.

When the deputy of Cambio Democrático (CD) Yanibel Ábrego assumed the reins of the Legislative on July 1, 2017, with the support of the ruling Panamanian Party’s caucus, she promised an “open, participatory and transparent” National Assembly.

However, its management has faced harsh criticism from leaders of different sectors of the country, due to the attempt to sever Law 6 of 2002 (transparency), not to reveal public information related to the scandal of the $ 14 million in donations and subsidies, and $ 68 million in contracts for professional services that the Assembly managed between July 2014 and December 2016 under the presidency of PRD Rubén De León.

Despite the requests made by the  National Authority of Transparency and Access to Information to disseminate the requested information, and a ruling by the Supreme Court of Justice that obliges it to do so, the Assembly has imposed a veil on the detail of this information