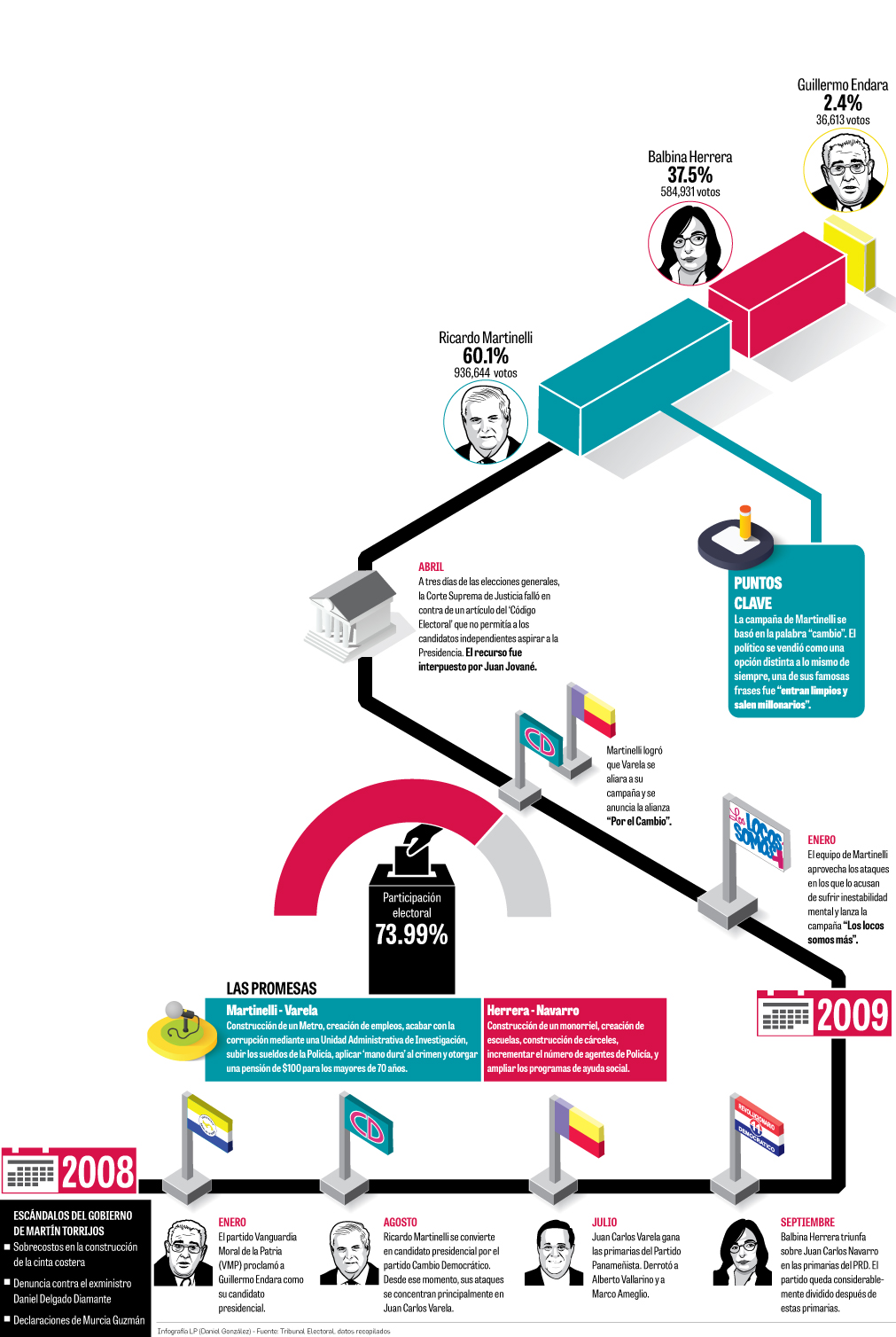 The traditional bipartisanship that reigned in Panama was broken in the elections of May 2009 with the arrival of a new force: the one led by the presidential candidate of Cambio Democrático (CD) , Ricardo Martinelli , who along with the standard-bearer of the Panameñista Party , Juan Carlos Varela , integrated the alliance For the Change, that took them to the Presidency of the Republic like president and vice-president, respectively.

Before reaching the alliance, Martinelli fired his artillery against Varela. He called it “the politician of old bones”, a strategy to link it to traditional politics. He sold himself as the new and renewed face of politics. With the polls against, Varela sealed his pact with Martinelli in January 2009 in Pesé, a Panamanian political stronghold. Unified proposals, campaign promises and the goal was to defeat Balbina Herrera , the candidate of the Democratic Revolutionary Party (PRD) .

Martinelli, the supermarkets entrepreneur, had already tried to reach the Palacio de las Garzas in the 2004 electoral tournament, but was unsuccessful. And 2009 was your moment. He marketed himself as the candidate who had everything and did not need anything. He promised to fight corruption with a simple and close phrase to the people: “they go clean and come out millionaires”. He took advantage of the little popularity of the government of the PRD Martín Torrijos to capitalize votes.

The duo Martinelli-Varela promised prosperity, clean up the coffers and more security in the streets.