INTERNATIONAL: Guaido sworn in as President of Venezuela in opposition of unrecognized Maduro. 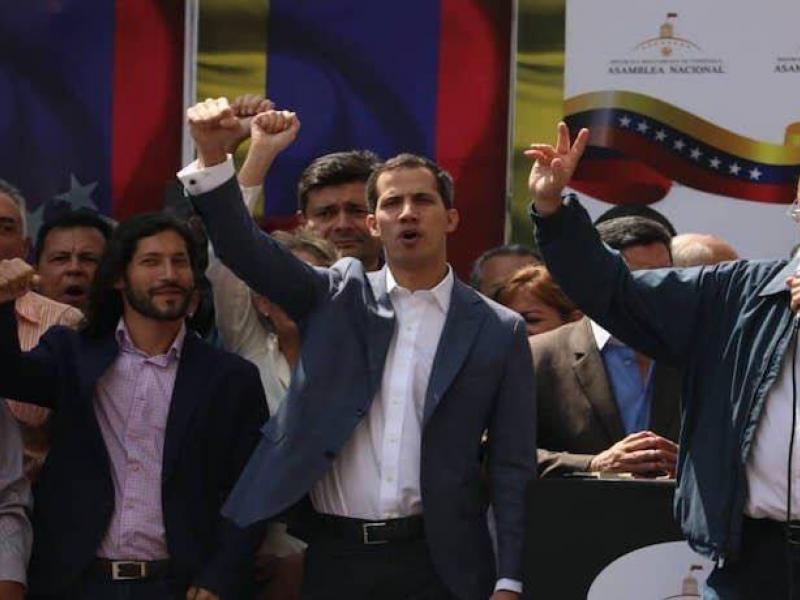 The president of the Venezuelan Parliament, Juan Guaidó, announced on Wednesday that he assumes the powers of the Executive within the framework of what he called the fight against the “usurpation” of the Presidency by Nicolás Maduro, which he considers “illegitimate”.

“Today, January 23, 2019, in my capacity as president of the National Assembly, invoking the articles of the Constitution (…) before almighty God, Venezuela (…) I swear to formally assume the powers of the National Executive as president in charge of Venezuela, “he told hundreds of thousands of attendees.

Amid cries of joy, Guaidó said he took this “step” to “achieve the cessation of usurpation, (install) a transitional government and have free elections.”

Trump warned that he will continue to use “the full weight of the economic and diplomatic power of the United States to press for the restoration of Venezuelan democracy.”

Juan Guaidó added by asking the people to accompany him: “We know that this is not something of a person, we know that this will have consequences, we know what is necessary to be able to stay on the streets of Venezuela until we achieve democracy, we are not going to allow this great movement of hope and national strength to deflate. “

In this regard, he asked the Venezuelans to swear “before God (…) to support the fight against the cessation of usurpation and to assume responsibility under articles 333 and 350” of the Constitution to obtain the support of the Armed Forces and the international community.

He also asked to swear to assume the commitment “of nonviolence with conviction and with firmness”.