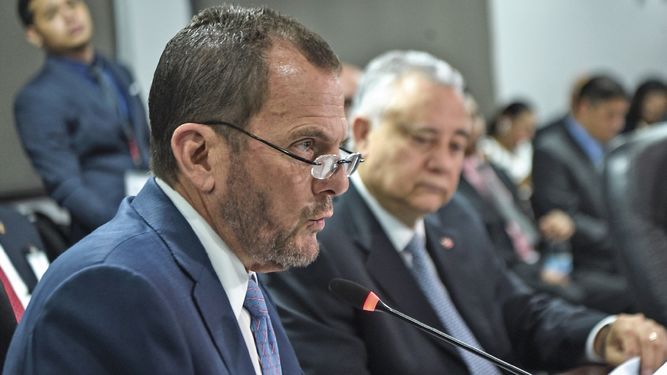 The Comptroller General of the Republic, Federico Humbert , asked the National Assembly (AN ) a report on the contracts signed between that State body and radio stations from 2014 to this date.

The request was directed by Humbert to the president of the AN, Yanibel Ábrego, as a matter of urgency.

Humbert asked Ábrego to detail the objective of each contract, in order to verify the fulfillment of the services paid with public funds.

The request of the comptroller arises after publications in which it was revealed that, at least, $ 719 thousand of the $ 4 million that the AN has allocated for advertising between 2014 and 2018 went to stations linked to deputies.

The Assembly issued a statement yesterday, in which it indicated that it is compiling the information requested by Humbert.

Comptroller, after the publicity contracts of the AN with radios

A report on the advertising contracts formalized between the National Assembly (AN) with radio stations from 2014 to date requested the Comptroller General of the Republic, Federico Humbert, to the President of the Legislative Body, Yanibel Ábrego.