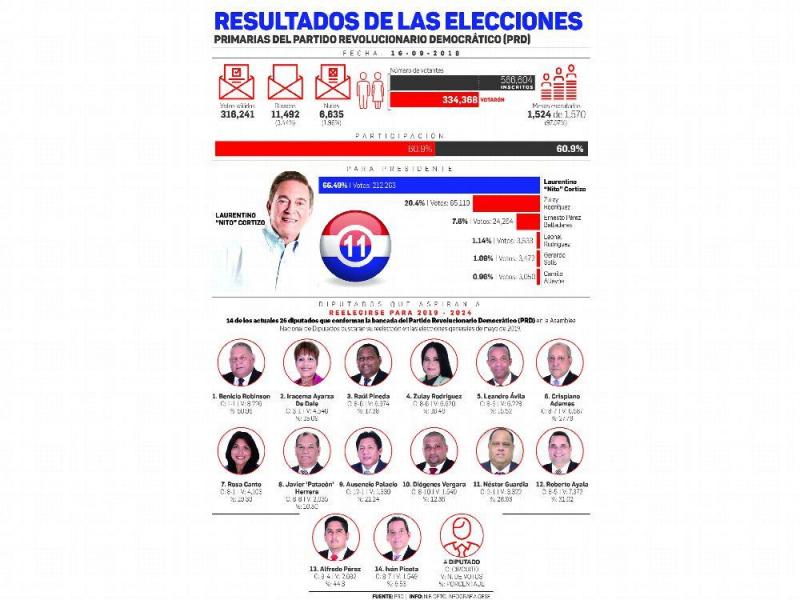 The citizen campaign ‘#No to re-election’, which encourages not voting for political figures who today hold public office and are sprinkled by some case of corruption, had a partial effect on the results of the primary Democratic Revolutionary Party (PRD) .

In the recent PRD elections, fourteen of nineteen deputies won the votes in their attempt to repeat and appear on the ballot in May 2019. But this is only the beginning of a long road in which they have not yet secured re-election. to which they aspire.

‘I THINK ONE THING IS THAT THEY DO WELL IN AN INTERNAL ELECTION, ANOTHER IS IN THE GENERAL’,

The sociologist and university professor Marco Gandásegui considers that the fact that they have done well in an internal election does not mean that this will be the pattern in the general elections. Moreover, the student of the behavior of society predicts that 50% of the deputies who left favored to run for a seat of the next National Assembly will not succeed. ‘

These deputies have support within the party, which does not mean that they have the citizenship in general, “added the teacher.

Currently, the PRD has a bench made up of 26 deputies, the largest in the current Assembly. For different reasons, seven of them -Elías Castillo, Samir Gozaine, Rubén De León, Pedro Miguel González, Felipe Vargas, Athenas Athanasiadis and Quibián Panay- decided not to be nominated for these primaries.

The remaining 19 members of the opposition caucus ignored the citizen campaign and registered to participate in the primary elections of their party in search of a space on the ballot.

Two of the fourteen deputies who achieved their nomination were not well positioned in the voting table, as analyzed by Annette Planells of the Independent Movement for Panama (Movin).