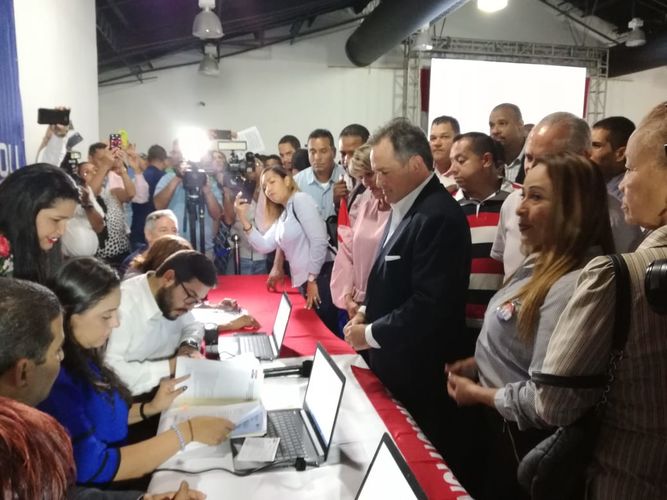 The former mayor of Panama, Juan Carlos Navarro , ran on Tuesday, July 10, for the office of President of the Republic in the face of the primary Democratic Revolutionary Party (PRD) to be held on September 16.

José Luis Fábrega is running as a candidate for the Mayor of Panama
PRD opens application period for primary
Electoral Tribunal regulates the PRD primaries
During his post at the headquarters of the group, Navarro said it is vital to correct the course of the country, but also correct the course of the PRD. “In the PRD we can never again let the division lead us to an electoral defeat as it happened in the last two occasions [elections of 2009 and 2014], we have to unify this party, we have to do the work together as PRD”, he emphasized. .

The PRD candidate for the third time for the presidency, said that “with Navarro there will be no relationship with Juan Carlos Varela , or with his circle zero, or with the current Panamanian government, all that is behind as of September 16 and next July 1 of the next year “.