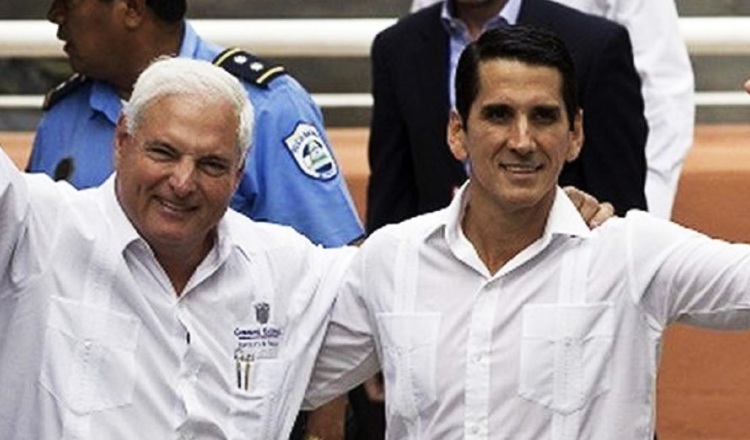 Can former President Ricardo Martinelli be a candidate for vice president of Rómulo Roux , presidential champion of Cambio Democrático?

Roux and Martinelli would be political formula for the elections of 2019
The Electoral Tribunal (TE) , an instance that serves as an arbitrator in the electoral tournaments, will not issue an opinion on the matter at this time.

Heriberto Araúz , presiding magistrate of the TE, argued yesterday to this media that he can not advance criteria in this regard, since the subject can be the subject of a file before the plenary session of that institution.

However, jurists insist that it would be unconstitutional. The lawyer Ernesto Cedeño is one of those who states that Martinelli presents a constitutional incompatibility with the position of vice president, since he could not serve as president in the absence of this.

He cited Article 178 of the Constitution , which states that a citizen who has been elected President of the Republic may not be reelected for the same office in the two following presidential terms.

Line shared by the ex-magistrate of the TE Guillermo Márquez Amado , who, in passing, recalled that the importance of this rule is “to avoid the introduction of a dictatorship through the nomination of a previous president”.

However, on CD they have another look. Luis Eduardo Camacho, Martinelli’s spokesman, said that the only charge for which Martinelli can not run is for the president.

If this aspiration is legal or not, it has already joined the list of controversies that this political group has had precisely because of the vice-presidencies.

Heading for the 2009 elections, which gave the victory to the double Ricardo Martinelli-Juan Carlos Varela, the former president announced that his running mate would be the then Deputy Patriotic Union Leopoldo Benedetti .

There were political speeches, tours in the streets, hugs and congratulations. But the emotion did not last long. Only a few days later, Martinelli reconsidered his decision and Benedetti stopped being the chosen one.

In the 2014 elections there was another controversy. The group appointed Marta Linares de Martinelli, then First Lady of the Republic, as a candidate for vice president, along with presidential candidate José Domingo Arias .

Did the law allow it? We did not listen to those who said that we could not and the binomial materialized the application. However, the issue came to the Supreme Court of Justice, which ruled almost a year after the elections, in February 2015, and ruled that the candidacy was unconstitutional.