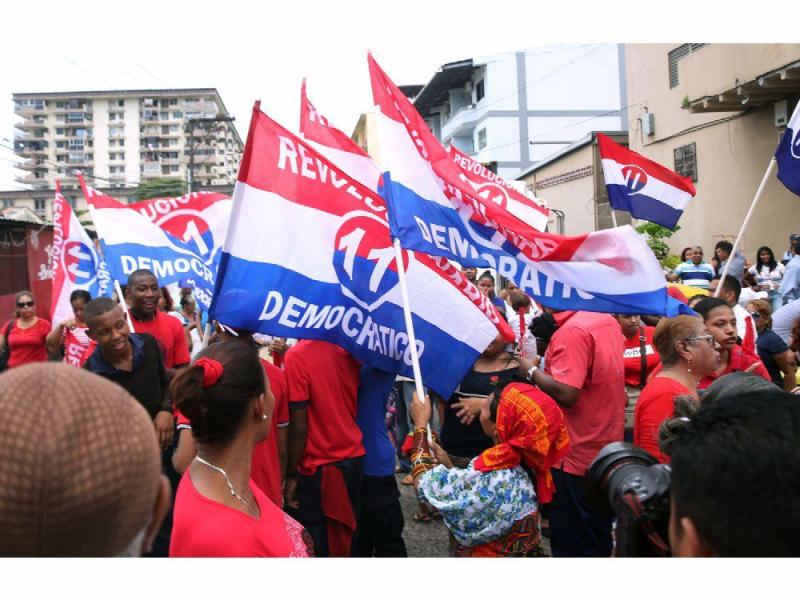 The results of a public opinion study that measured the intention to vote with a view to the presidential elections of May 2019 place Laurentino Cortizo as the favorite at this time.

Cult Advertising requested consultation of intention to vote for 2019

Laurentino Cortizo was the candidate with the greatest intention to vote last week.

The PRD, which nominated Cortizo, is the most attractive party.

In the results of the opinion study, it is established that Cortizo leads the preference of the electorate with 44.5% of the intention to vote of the citizens who responded.

In second place, Rómulo Roux, of Cambio Democrático (CD), and would be followed by José Isabel Blandón, who would occupy the third place.

According to the study, the fourth would be the independent Ana Matilde Gómez, followed by José Domingo Arias, from the Alianza party, and thereafter the name of the candidate is not specified, they all fall into the ‘other’ category.

The results of the opinion study place Cortizo with twenty percentage points above his closest adversary, Rómulo Roux.

The panameñista Blandón would remain with a 13.4% of the votes. Ana Matilde Gómez, the only independent that marks in the list, would reach, according to the study, 9.2% of the intention of votes.

José Domingo ‘Mimito’ Arias, who for the second time in a row tries to reach the Presidency of the Republic, and now does so for the Alianza party, would achieve 6.7% of the votes, according to the study.

According to the technical data sheet, this is a study, whose fieldwork was carried out by the company StratMark Consultores SA, between December 7 and 15, and has a margin of error ranging from 0 to 2.8%.

The study, according to the technical data sheet, was carried out in all the provinces, including the Ngäbe Buglé region, at the request of the company Culto Publicidad, SA

From the universe of 2.4 million voters, a representative sample of 1,215 people who identify themselves as effective cases was taken, who gave their opinion by way of ‘personal home interview with simulation of vote in ballot box’.

For the effect of the stratified random sample, apples were raffled in urban centers. The main urban centers were covered throughout the provinces. In addition, it was reported that the last birthday technique was used to determine which adult to interview if there was more than one at home. In case there was no adult in the home, three residences were skipped. For demographic data, the population of the Comptroller of the Republic was used.

The opinion study, conducted by Stratmark Consultores SA, which assesses, among other issues, the intention to vote for the presidential elections, is made public only a few days after the Supreme Court ruled an unconstitutional appeal filed by TVN Media against Article 215 of the Electoral Code.

The latest amendment to the Electoral Code established a ban on voting intention surveys up to twenty days before the date of the elections, a modification that had become a disincentive factor for the publication of surveys in the media.