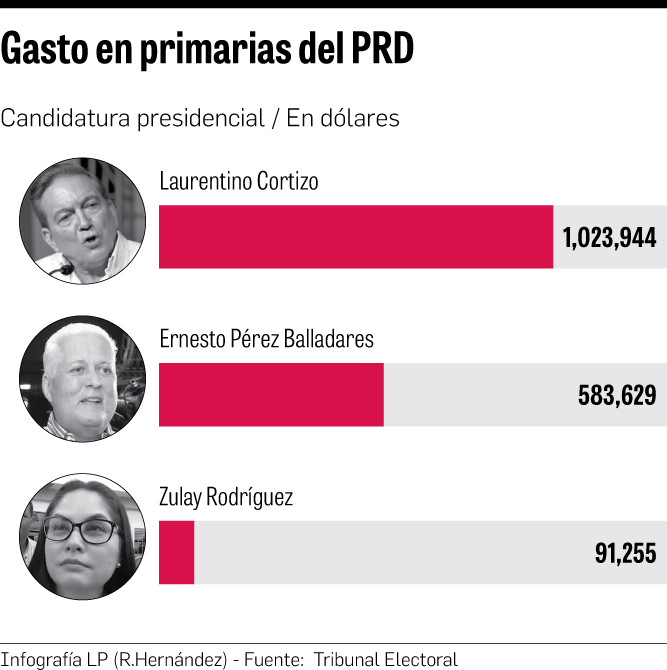 Laurentino Nito Cortizo , presidential candidate of the Democratic Revolutionary Party (PRD) , spent $ 1 million in the primary election on September 16, where he emerged victorious.

Congresswoman Zulay Rodríguez , the second most voted, disbursed $ 91 thousand, and former president Ernesto Toro Pérez Balladares , who was third, invested $ 583 thousand. Cortizo received, at least, three donations of $ 99 thousand, the maximum figure that a person can contribute to a candidate according to the Electoral Code . While the highest contribution of Perez Balladares was $ 49 thousand. And Rodriguez says that she paid most of her campaign.