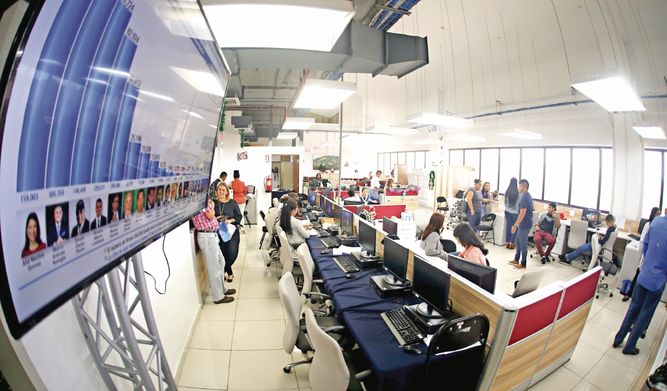 The deadline for the submission of signatures for the candidacies for the free application closed yesterday, in the middle of a bitter dispute for the third place in the race for the Presidency. Ricardo Lombana and Dimitri Flores are fighting for that position. Yesterday, Lombana presented 26 thousand signatures – which still have to be validated – that would be added to the more than 138 thousand already presented. Flores gave 5 thousand, which would be added to the more than 153 thousand filed a few days ago. Ana Matilde Gómez and Marco Ameglio are -until now- in the first and second place, respectively.

The decisive Sunday for the race of the independents

He finished an important stage in the dispute over the candidacies for the free application towards the elections of May 5, 2019.

At 4:00 in the afternoon yesterday the deadline for submitting signatures of support to the Electoral Organization Office, the office of the Electoral Tribunal (TE) in charge of purifying the signatures and enforcing the rules of the game of this process that has been marked by controversies. The candidates themselves have denounced inequality in the electoral law in front of the political parties, purchase of rubrics, little transparency, names of the deceased and minors in the support books, and favoritism on the part of the TE itself towards partisan payrolls.

Even so, the main figures that every day asked for citizen support to appear on the ballot in the May elections hope to obtain one of the three positions. Whether for the Presidency, the National Assembly, the mayorships or for corregimiento representatives.

The most bitter struggle was generated by the three seats for the Presidency of the Republic. Until midnight on Saturday, January 5, activists of some of the candidates collected signatures. The lawyer Ricardo Lombana and the merchant Dimitri Flores compete for the third place. Until yesterday the advantage was Flores, with 98 thousand 950 valid signatures, in relation to the 89 thousand 930 of Lombana.

The first to deliver the last books was the independent deputy Ana Matilde Gómez. He did it at 8:30 am He told reporters that he did not dare to say how many signatures he presented yesterday, as there were still others that would come from the interior of the country. He qualified the stage of collection of signatures of “tortuous”, but “instructive”. He explained that to ask for support he put together a structure of 300 pre-candidates on a national level, and each of them had its own activists. “Every time an activist was trained for a candidate, they trained for me, and with that we managed to have a lot of activists for me as well.”

Marco Ameglio is second in number of signatures validated by the TE and Dimitri Flores is, at the moment, occupying the third place in the contest for signatures. Luis García
Until yesterday, Gómez was the one with the most signatures: 120,803; However, ex-legislator and former president of the Panameñista Party, Marco Ameglio, could snatch the first place. Last night I had 106,713 valid rubrics of 319,468 presented.

Lombana, with his activists dressed in orange, arrived at the PT at 2:00 pm Lombana, one of the first to enter the contest, referred to “the corruption, impunity and rot that has permeated many of the people who today participate in public affairs and political parties “.

Yesterday -according to his own calculations- he gave 26 thousand signatures that are added to those already presented (that have not been validated), so that to date he has taken more than 165 thousand. “Real signatures, signatures that look (…),” he said.