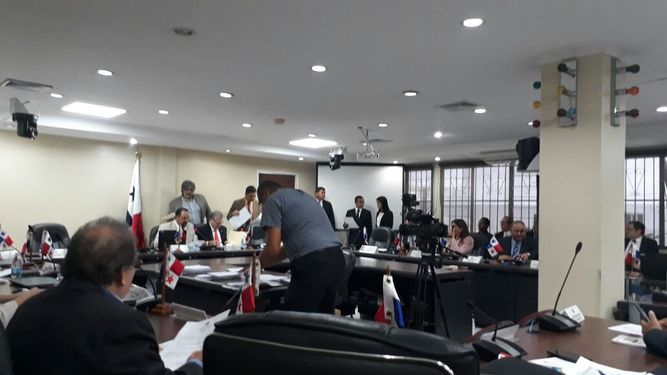 After a long wait and a session of many interventions by the deputies, the Budget Committee of the  National Assembly approved on Thursday, April 5, 2018, $ 37 million in transfers of departure to four institutions. This, unlike the last session of March 21, where they rejected more than $ 20 million to several entities.

The session was scheduled to begin at 10:00 am, but it was at 1:25 pm that it began, because the deputies were meeting for about three hours.

Inclusive, sometimes they made enter the ministers and authorities that waited in a parallel hall to the commission to sustain their transfers.

This delay – according to the president of that instance, the panameñista Luis Barría – was due to a “broad” conversation he had with the deputies.

Approved, for example, $ 29.1 million to the  Metro de Panamá SA, of which, for example, $ 20 million will be used for the work of the stations of line 1 of the Metro and for the urban planning issue for the 2 line of this system. transport.

While $ 8 million will be used to streamline the rail systems of Metro Line 2 so that it starts to work partially during the World Youth Day. Both items were taken from the project on line 3 of the Metro.

They also endorsed a transfer – which had been suspended last session – for $ 469,471 to the National Bank of Panama, to pay for the preparation of checkbooks. Likewise, $ 6.2 million was approved to the Ministry of Education (Meduca) for, among other things, the payment of teacher payroll, garbage collection and payment to companies that work in the construction of several schools.