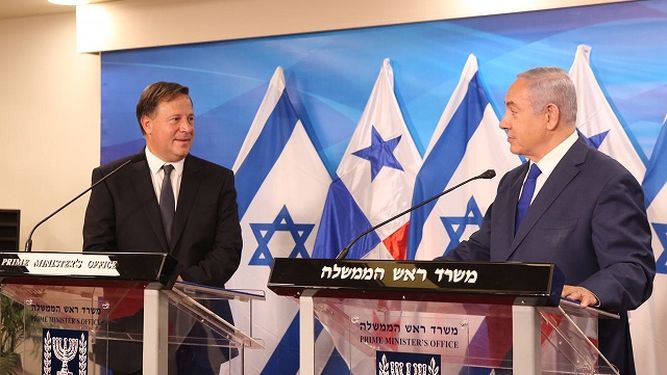 On his second day of touring Israel, the President of the Republic, Juan Carlos Varela , met with Israeli Prime Minister Benjamin Netanyahu.

Presidents of Panama and Israel meet in Jerusalem
Varela meets with British Prime Minister Theresa May
The relationship between Panama and the United Kingdom is ‘at its best’, according to the British ambassador
Varela thanked Netanyahu for this meeting, which strengthens the ties between the Republic of Panama and Israel.

The Panamanian leader recalled that Israel with Panama “not only has a strategic ally, but also a friendly country.”