US supporting Panama in escalation with Venezuela 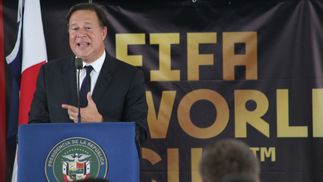 The United States Department of State   (US) expressed its support for Panama, following the measures adopted by  Venezuela against Panamanian authorities and companies. This, in retaliation to a list of 55 people and 16 Venezuelan high risk companies recently published by Panama.

+ info
Varela: Suspension of Copa Airlines flights affects the Venezuelan people more
The relationship between Panama and Venezuela is eroded
Copa will reimburse the value of unused tickets to travel to Venezuela
Venezuela suspends commercial activities with 22 officials and 46 Panamanian companies
Foreign Minister says that Panama included Maduro in the money laundering list to protect the financial system
“The United States congratulates Panama for its energetic defense of democracy and human rights, and for promoting stability in the hemisphere,” says the US State Department, in a document dated April 6, 2018.

According to the US Department of State, the actions undertaken by Panama will support “other efforts in the region to combat the abuse of financial systems by corrupt actors.”

“The United States urges others in the hemisphere to side with Panama and take measures in support of the Venezuelan people and their right to have their voices heard in free, fair and transparent elections,”