US news of note: Iran set on alert as tensions escalate with US. 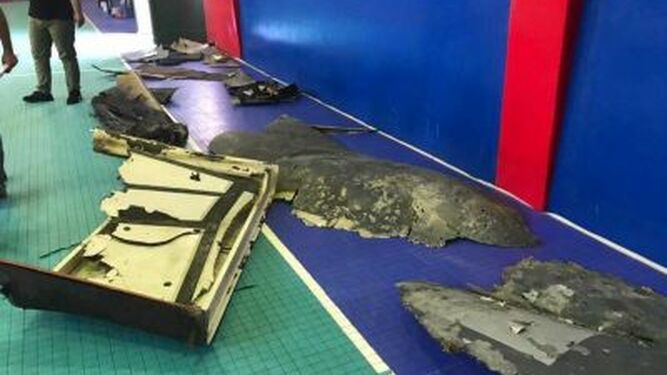 Iran warned on Friday that it will defend its territory from any attack by the United States, after having shot down an American drone and after, according to the New York Times , President Donald Trump initially approved bombings to end up backing down.

Iran says it has ‘irrefutable’ evidence that US drone violated its airspace
The Global Hawk, a tough and sophisticated spy drone
At a time when tension between the two countries is causing a scare, the New York Times , which cites top US military commanders, said Trump initially approved bombings against “a handful of Iranian targets, such as radars and missile batteries.” , in retaliation for the downed drone, before giving up the operation.

“The operation was in progress when it was canceled, the airplanes were already flying, the ships in position, but no missiles had been fired when the order to turn back came,” one official told the newspaper.
Iran on Thursday shot down a US drone that was, according to Tehran, in its airspace. This information was denied by the United States.
Washington and Tehran waged a war of statements about the exact location of the US Navy’s drone at the time of the attack.

The Iranian Foreign Ministry reiterated that it has “irrefutable” evidence that the US drone Global Hawk killed on Thursday penetrated its airspace.

Iranian state television on Friday released images of what it presented as the remains of the drone of the US Navy shot down. The IRIB 1 network broadcast a short sequence with a journalist who was interviewing a general of the Revolutionary Guards in front of what the latter presented as remains “recovered on the surface” in Iranian territorial waters.

Deputy Foreign Minister Abbas Araghchi “strongly protested” the incident to the Swiss ambassador in Tehran, which represents US interests over the absence of diplomatic relations between Tehran and Washington since 1980.
The Iranian diplomat reiterated that his country “does not seek war” and warned “the US forces against any measure that has not been meditated in the region,” adding that Iran “will resolutely defend its territory against any aggression,” according to a statement from its ministry.
Trump initially called the Iranian takedown of the drone “enormous error”. “Our country will not accept that, I can assure you,” he affirmed, defiantly, before trying to cool the situation by suggesting that everything could be due to human error , caused by someone “stupid.” “I find it hard to believe that it was intentional,” he said from the White House.
As a precautionary measure, Washington banned commercial flights from its country from entering the airspace controlled by Tehran in the Persian Gulf and the Gulf of Oman “until further notice.”
These restrictions are due to the increase in “military activities and the growing political tensions in the region, which present a risk to US civil aviation operations and the possibility of errors in calculation or identification,” said the Federal Aviation Administration. U.S.