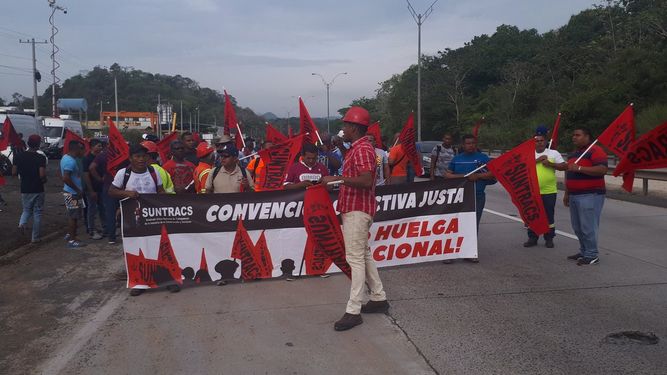 Members of  the Single Union of Construction and Similar Workers (Suntracs) proceeded to close two of the four lanes of the Centenario road, in front of the City of Health, on the morning of this Tuesday, April 24.

The workers, with banners and flags, began to march towards the city, which has caused a great traffic congestion. The main affected are the drivers who come from Panama West to the city.

In addition, in various parts of the capital, workers hand out flyers as part of the strike that lasts seven days on Tuesday.