Roux appeals to CD defectors to join him 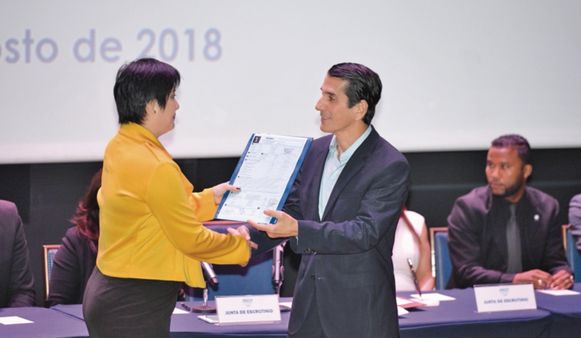 At 2:30 pm on Thursday, the National Search Board proclaimed Rómulo Roux as the Democratic Change presidential candidate (CD) for the May 2019 elections.

Roux arrived at the Electoral Tribunal (TE) , where the event was held, accompanied by his family and friends.

He accepted the certification and gave a speech in which he thanked his voters, relatives and even opponents. He called his candidacy “a triumph for all Panamanians.”

He also made an invitation to those who did not vote for him in the primary election last Sunday, August 12 to join their campaign, in order to “do the necessary work” to “get Panama out of the hole in which we’re”.

When he spoke with the media present at the event, Roux reiterated his gratitude and call for unity.

He also stated that he has sent messages of unification to his rival José Raúl Mulino , and said he received the support of former President Ricardo Martinelli, founder of the party.