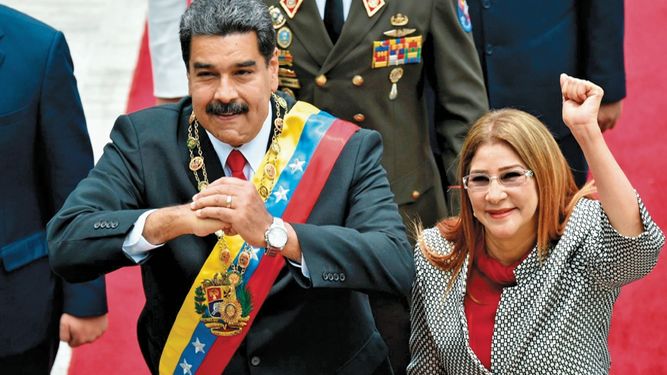 The US president, Donald Trump , said in the United Nations (UN) that even the “most” “strong” options are on the table with respect to Venezuela, whose questioned governor is participating in the General Assembly on Wednesday.

“All the options are on the table, all of them. The strong and the less strong, “Trump said on the sidelines of the UN General Assembly.

“And you know what I mean hard,” he added in a tacit reference to a US military intervention.

“I just want Venezuela to straighten up. I want people to be safe. We will take care of Venezuela. What happens in Venezuela is a disgrace, “he added.

President Nicolás Maduro traveled to New York to attend the largest diplomatic meeting on the planet, where he gave a speech to 130 heads of state and government, foreign ministers or ambassadors. The ruler participated for the last time in the assembly in 2015.

Maduro said that the humanitarian crisis suffered by his country is used as an excuse by the United States to justify an international military intervention following “the same scheme of weapons of mass destruction in Iraq.”