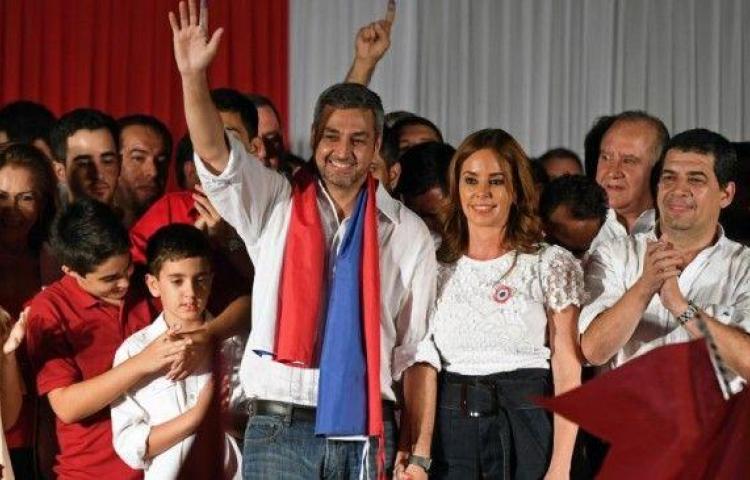 The elected president of Paraguay, the conservative Mario Abdo Benítez, said, after the unofficial results that gave him victory in the elections this Sunday, which assumes the commitment to build a country in which the divisions ended.

“We have to build a country with responsibility and seriousness, this is what the Paraguayan people expect from us,” said Abdo Benitez at the headquarters of his formation, the ruling Colorado Party, in downtown Asunción.

It is time to “renew our commitment that we have made during our campaign, today the sterile divisions are over, the debate is over, we are going to be a united people,” added the former senator.

Abdo Benítez, who was accompanied by Paraguayan President Horacio Cartes in that act, recalled his father, who was the private secretary of the dictator Alfredo Stroessner (1954-1989), as a “great colorado”.

“I can not stop remembering my father, who was a great red,” he said with his wife and his partner Hugo Velázquez, the country’s vice president-elect.